On-site at Tampines Round Market and Food Center (TRM&FC)

This was the first rehearsal held during the day; it was hot and sunny yet for some reason it was still windy. It gave a different vibe; there was more people and life around compared to the desert and silence at night.

Similar to the first rehearsal, we did a walkabout of 3 concentric circles around TRMFC. This time however, the dancers had to each interact with one person, either a resident or stall owner, to find out more about the place and the people there.

Hasyimah shared during the debrief afterwards that she explained what they were doing to the curious residents and stall owners so as not to appear invasive to their space. The dancers also wrote down what they sensed/observed through Sight, Sound and Smell. 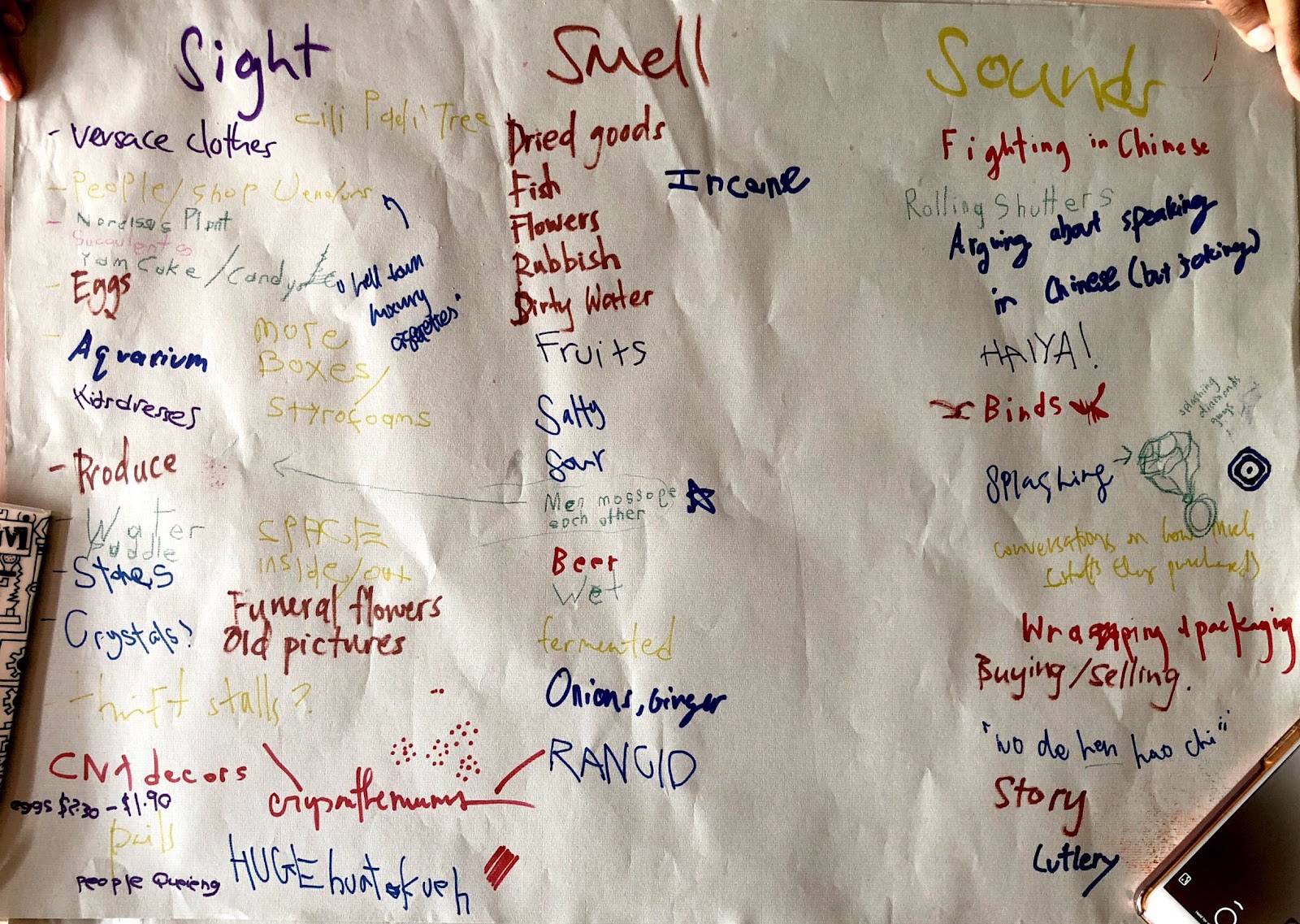 An observation during the day gave more of those made by humans.

Afterwards, everyone watched a “performance” in the middle section of the TRMFC. There were many unintentional “performers” such as the birds and the residents heading towards the toilets. 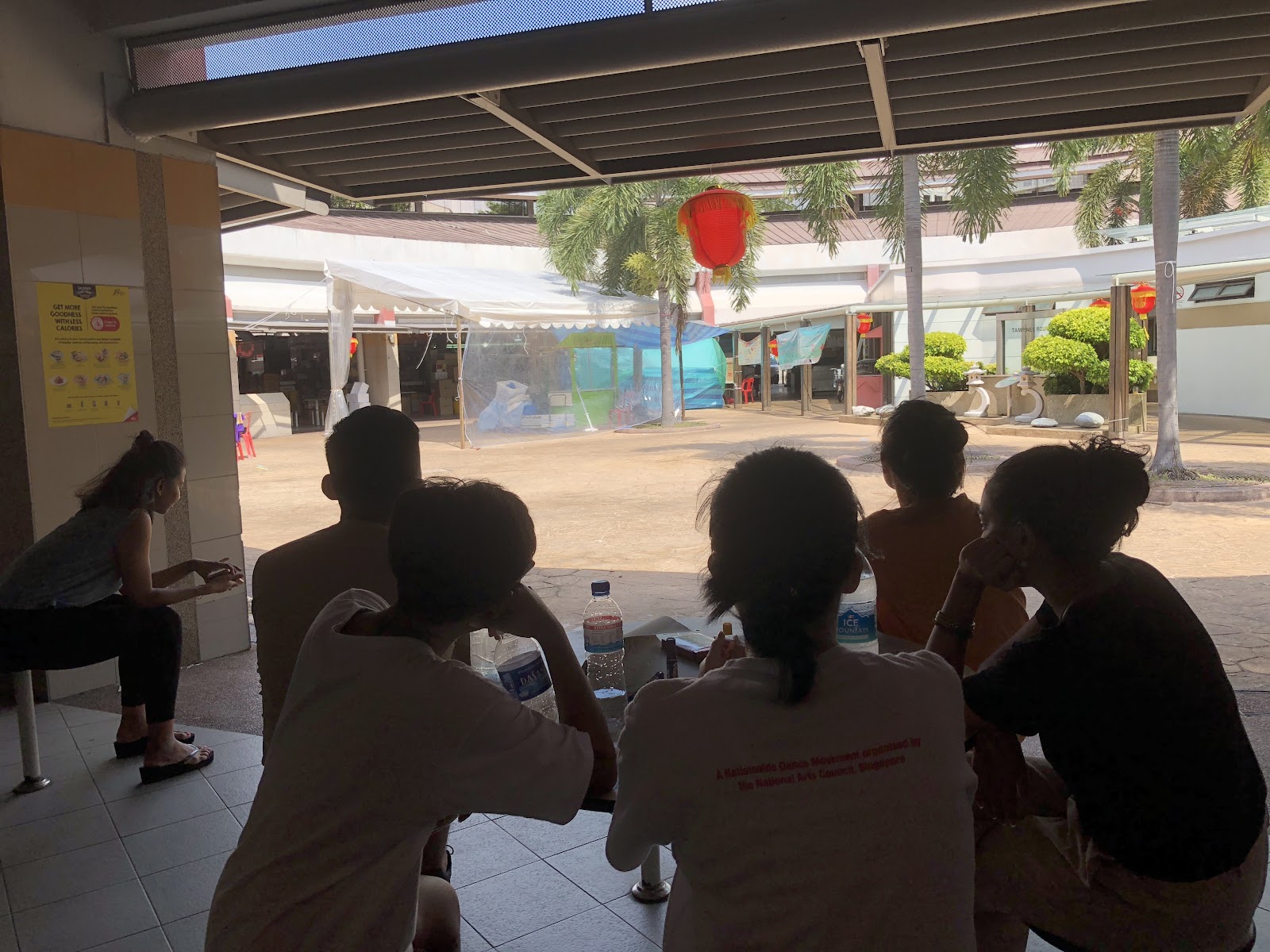 Role reversal. Yet the performers did not know they were performers, with some even breaking the fourth wall.

Lastly, there was a sharing and discussion of what we saw and observed. Haizad also mentioned that there was a possibility of having a rehearsal at Rumah.