This is the earliest timing for rehearsals so far, and it is also the most crowded presumably from breakfast. There were barely any empty tables and chairs around and there were a lot of queues and people walking around with food; it felt more like a hawker center as compared to during the previous rehearsals. 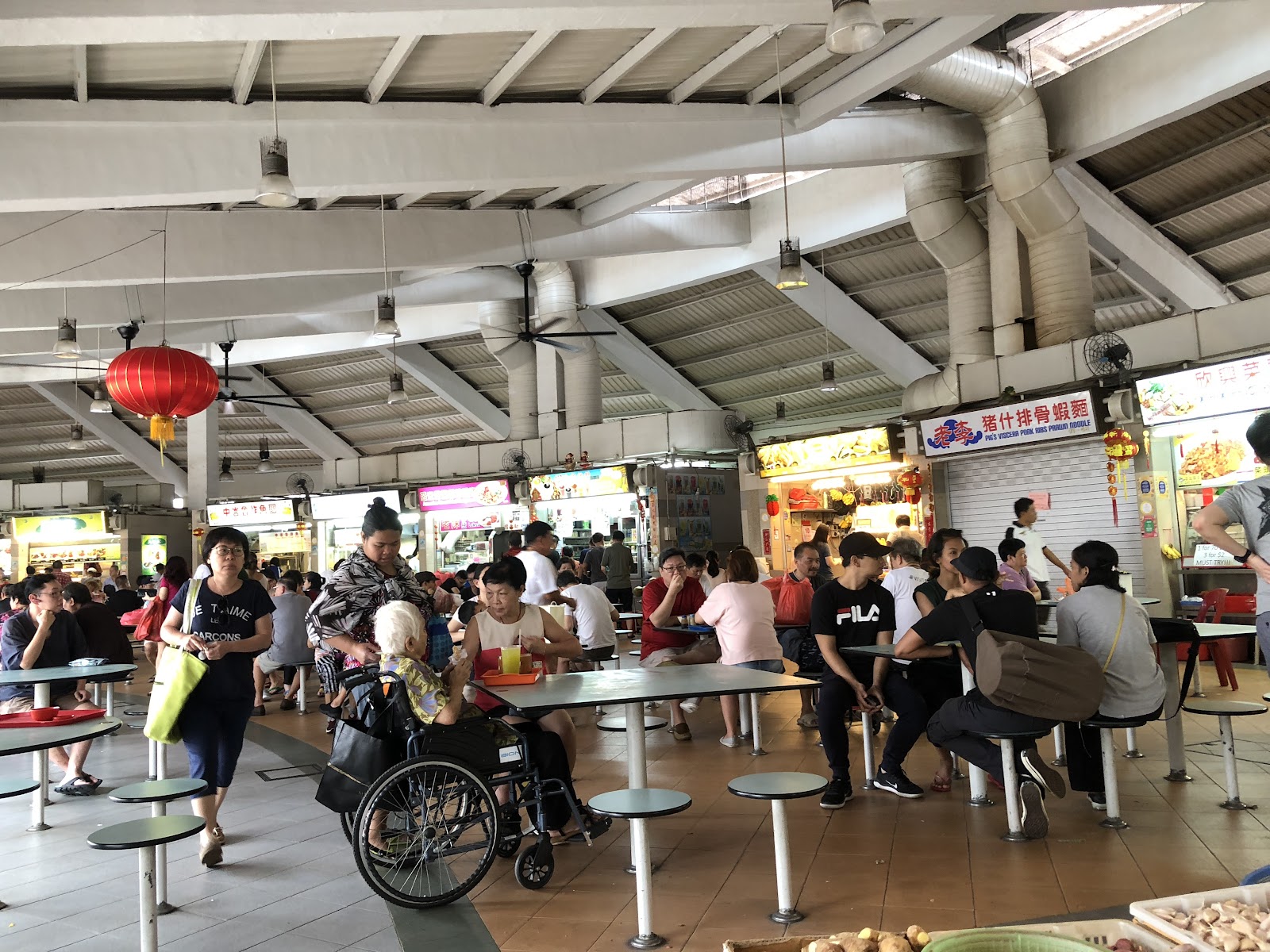 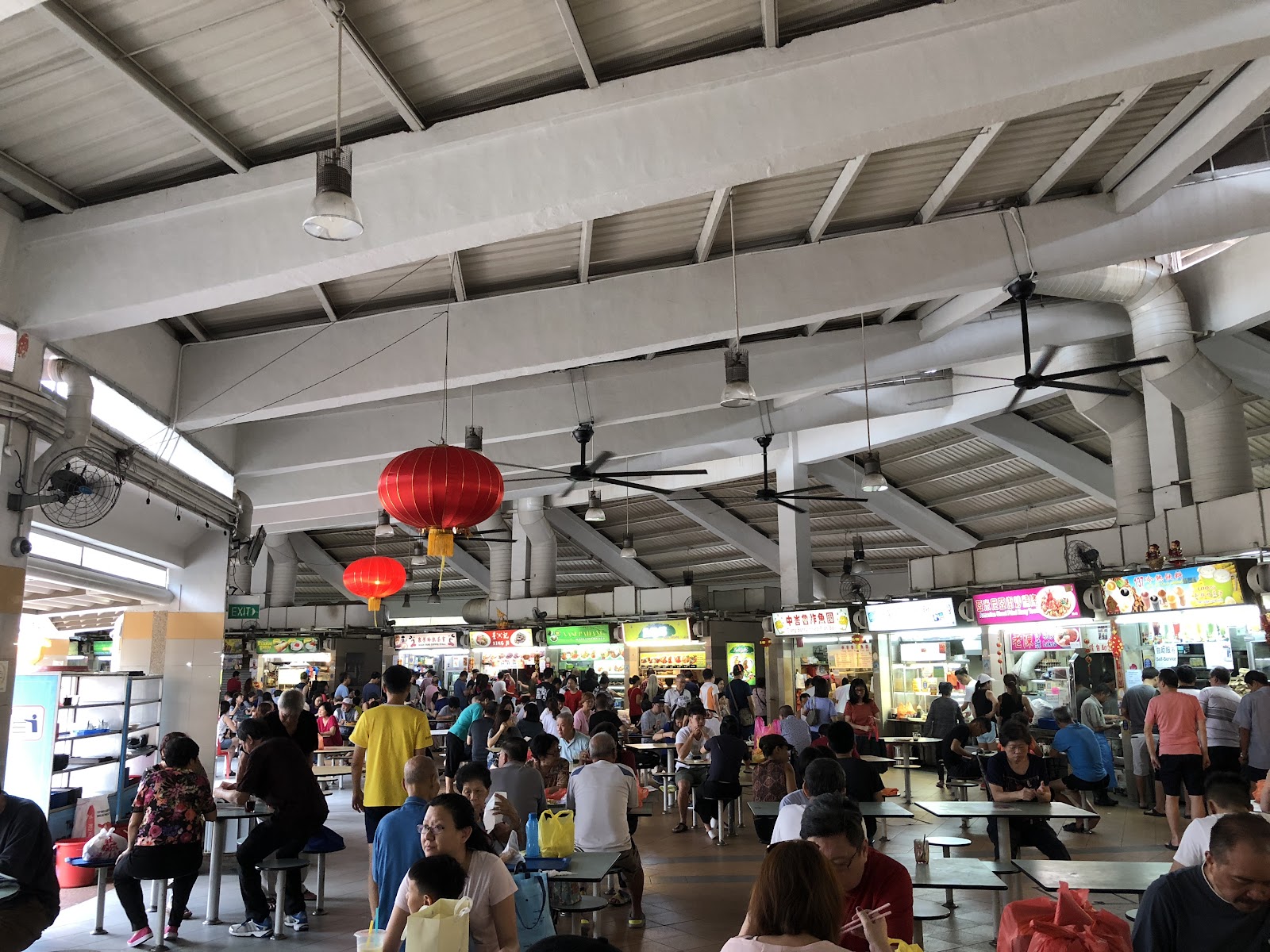 It was the the fullest and rowdiest the hawker center has been for District 18 so far.

At the start, Haizad updated those that were not present during the previous rehearsal about what they discussed regarding the costume. After which, he instructed them to head to their respective areas and sense the space, as there were a lot more people around, for 30 minutes. As for the musicians, they were to go around the TRMFC to identify the sounds around the area, similar to the sensing exercise (Sight Sound Smell) the dancers carried out a few rehearsals ago.

It posed a challenge for dancers since it was clearly a new setting with presence of many people at TRMFC. The question of intrusion came into light again and this exercise could be considered a test to experience residents’ reactions and responses to us “aliens” coming into their space, comfort zone and home. 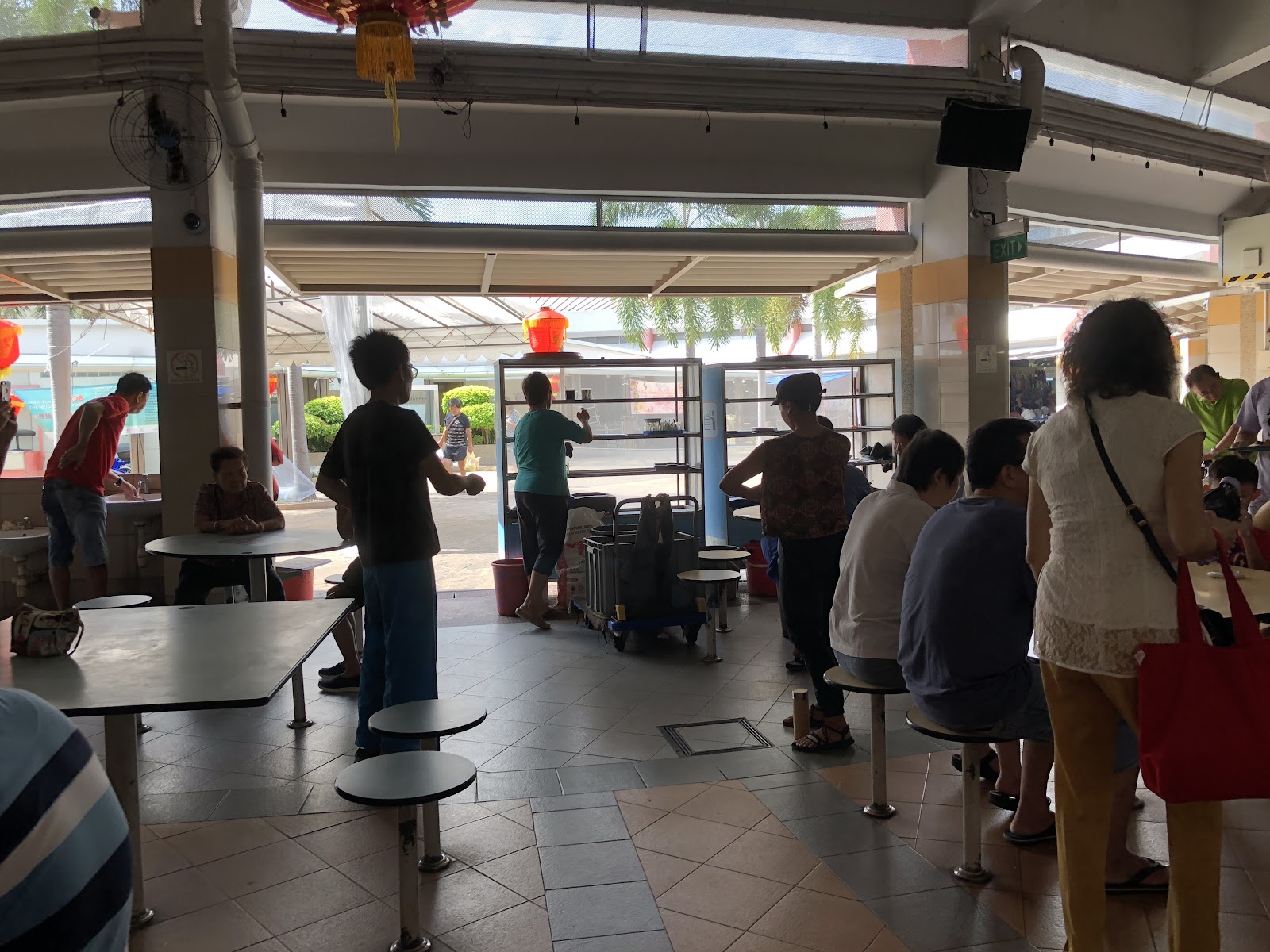 It was the first field test of District 18.

During this period, a realisation sets in. At that moment in TRMFC, hundreds of people from many different demographics (i.e. age group, race, histories) were converging into the same space and sharing this exact moment. They could be going to TRMFC for various reasons, yet their presence definitely brought life to this 'pasar bulat' irregardless. Through observations made during past night rehearsals, people's absence left the TRMFC as an empty shell; it was as if the market “wakes up” every morning and goes to “sleep” together with its residents and stall owners. 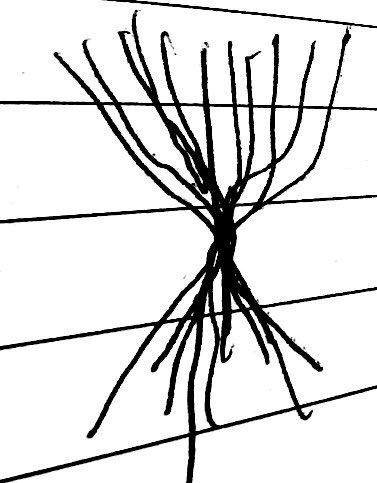 A sketch to visualise the crossing and converging of paths in a moment before going separate ways again.

Everyone regrouped after the allotted time to share how they felt about the experience and any observations they made. We gathered at the empty tentage from the previous rehearsal and a few observations were highlighted:

Shaw En and Shangbin were becoming one with the community at TRMFC: they were playing chapteh in the center segment as both their partners were not present. It was a way to get them accustomed and comfortable with the space.

Shaw En also shared that as she was walking around the stalls in her area, one of the stall operators asked, “You want to buy anything? If not then move along,” to which Hasyimah commented that we had “No chance to do window shopping.”

Hariz was noticeably nervous in the newer, rowdier environment that the TRMFC had become at that time.

Both musicians were also nervous and they reiterated that it was their first time performing in this setting; without a stage, within a crowd/audience, having to depend on each other and having improvise a lot more than usual. Ridzman also highlighted that the drums that they have are foreign sounds to the market. 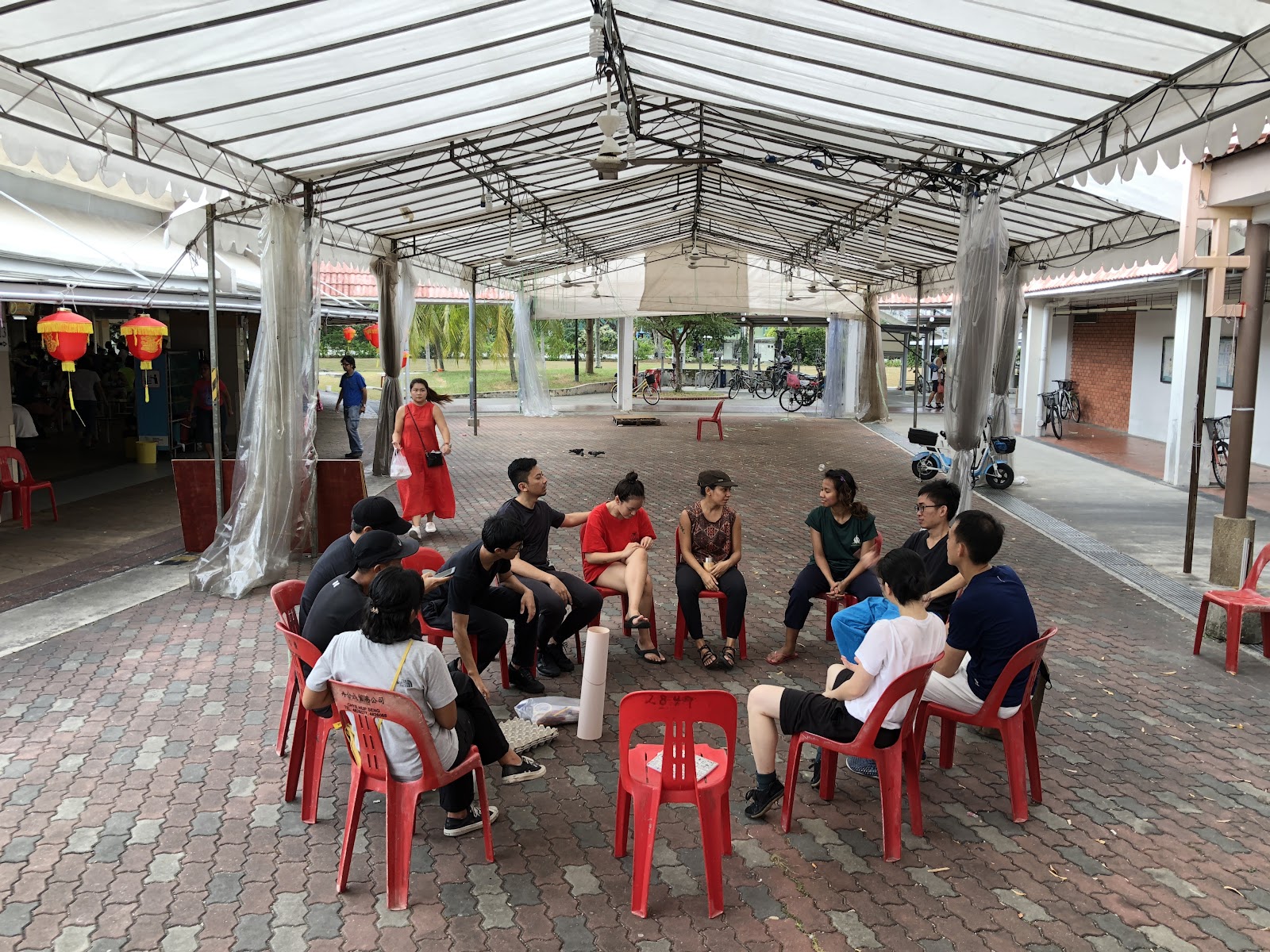 A circle of sharing and discussion.

From the debrief, it was clear that the question of being invaders, aliens and intruders was still present in the residents’ perceptions. Now it is a matter of how the performers are going to address it during the performance, in addition to the initial objectives of District 18.

Apart from the sharing of observations, they also discussed the performers’ costumes, where Haizad wanted them to be alienated yet familiar. The main design would be a coat that could stick or attach items from TRMFC, such as egg trays and utensils. They considered mesh or ponchos to be the base material. They also clarified the intention and philosophy of the costume, which is to make the performers, including the musicians, stand out in the space, a “strange alienated dance, born in the space”. Haizad then told everyone his “game plan” for the performance, which he proceeded to draw out for better illustration. 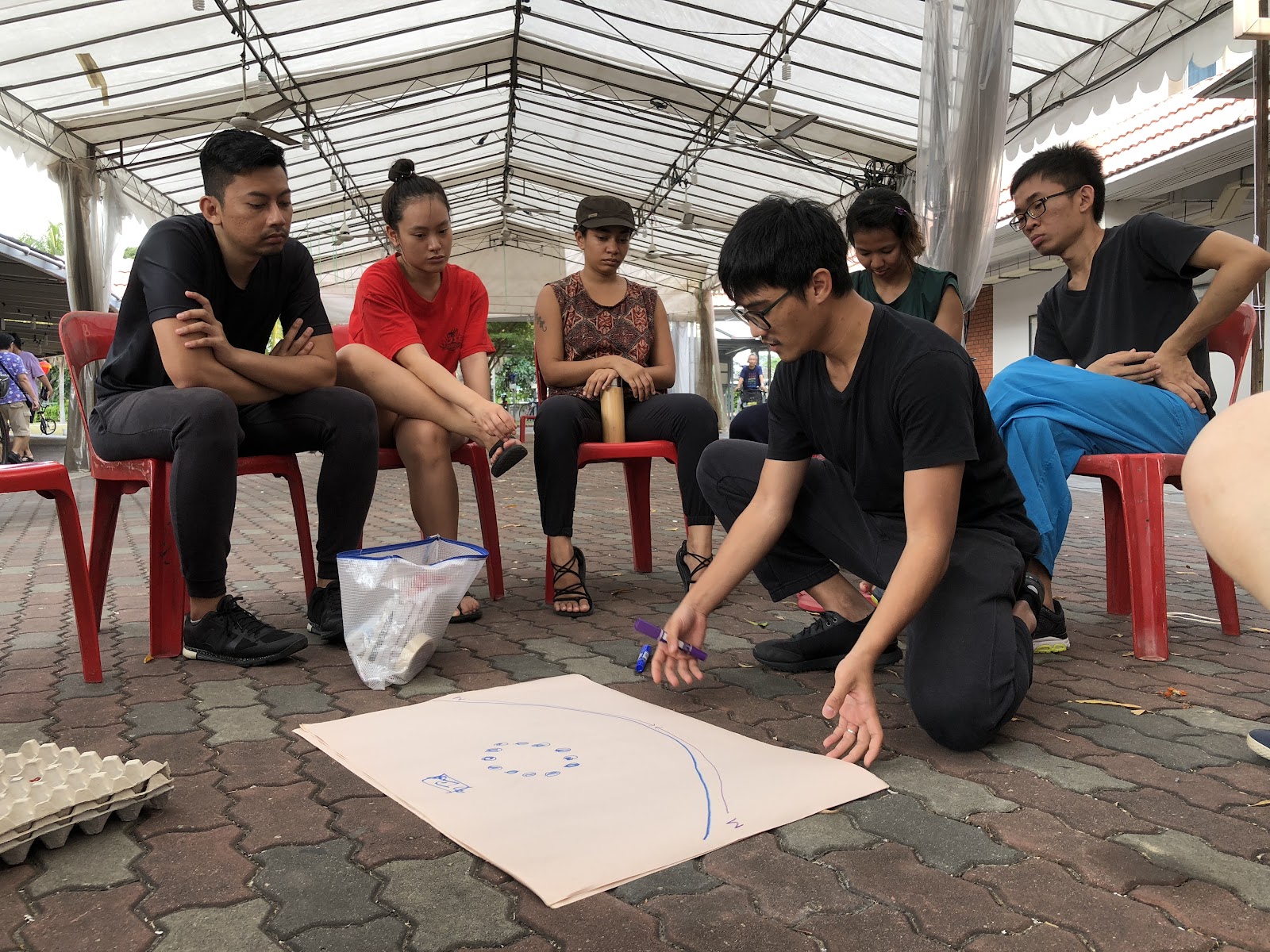 After explaining and going through it clearly, he wanted everyone to try it out straightaway. 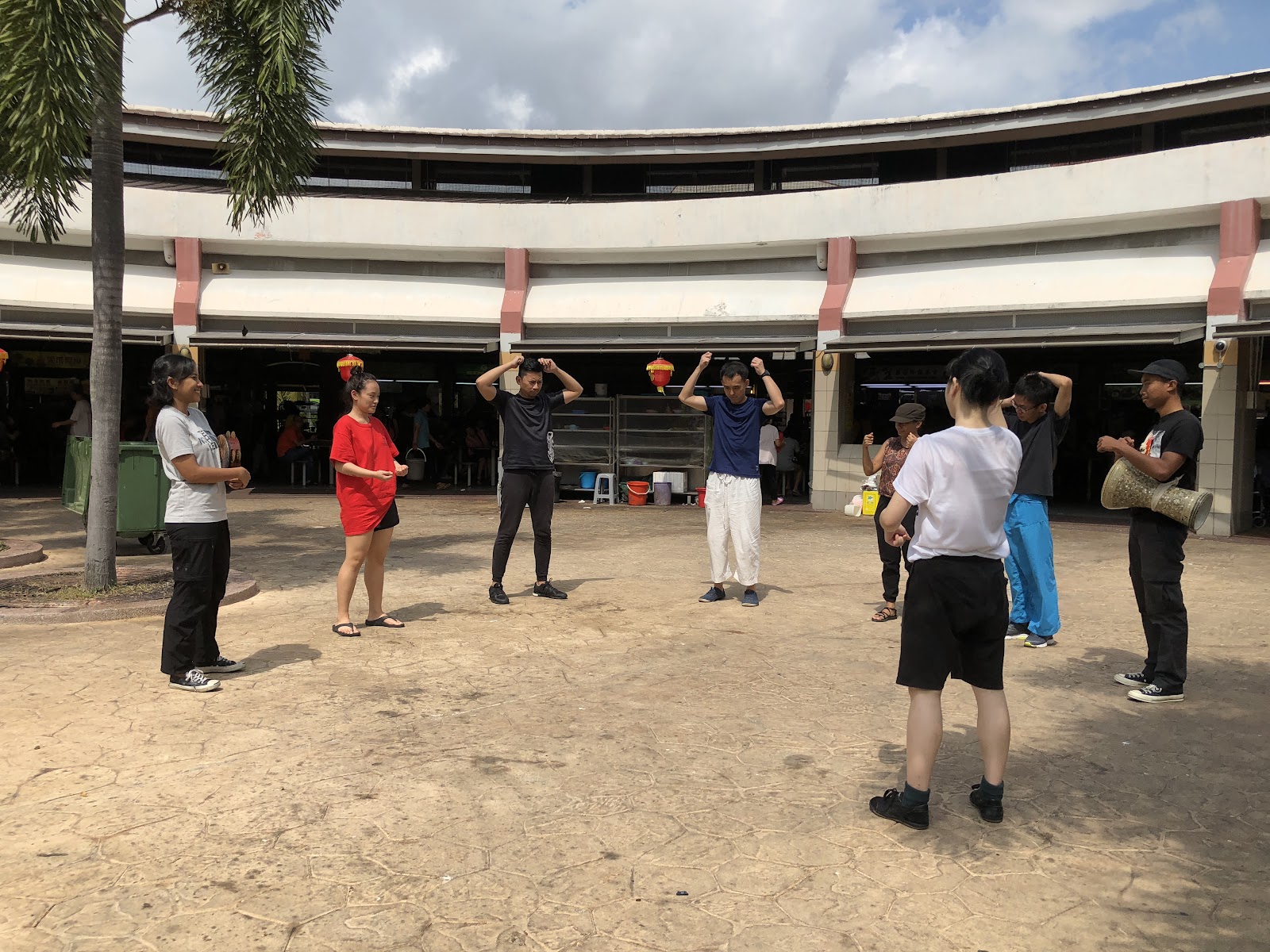 The performance will begin in the center, presumably where the visual installation would be. 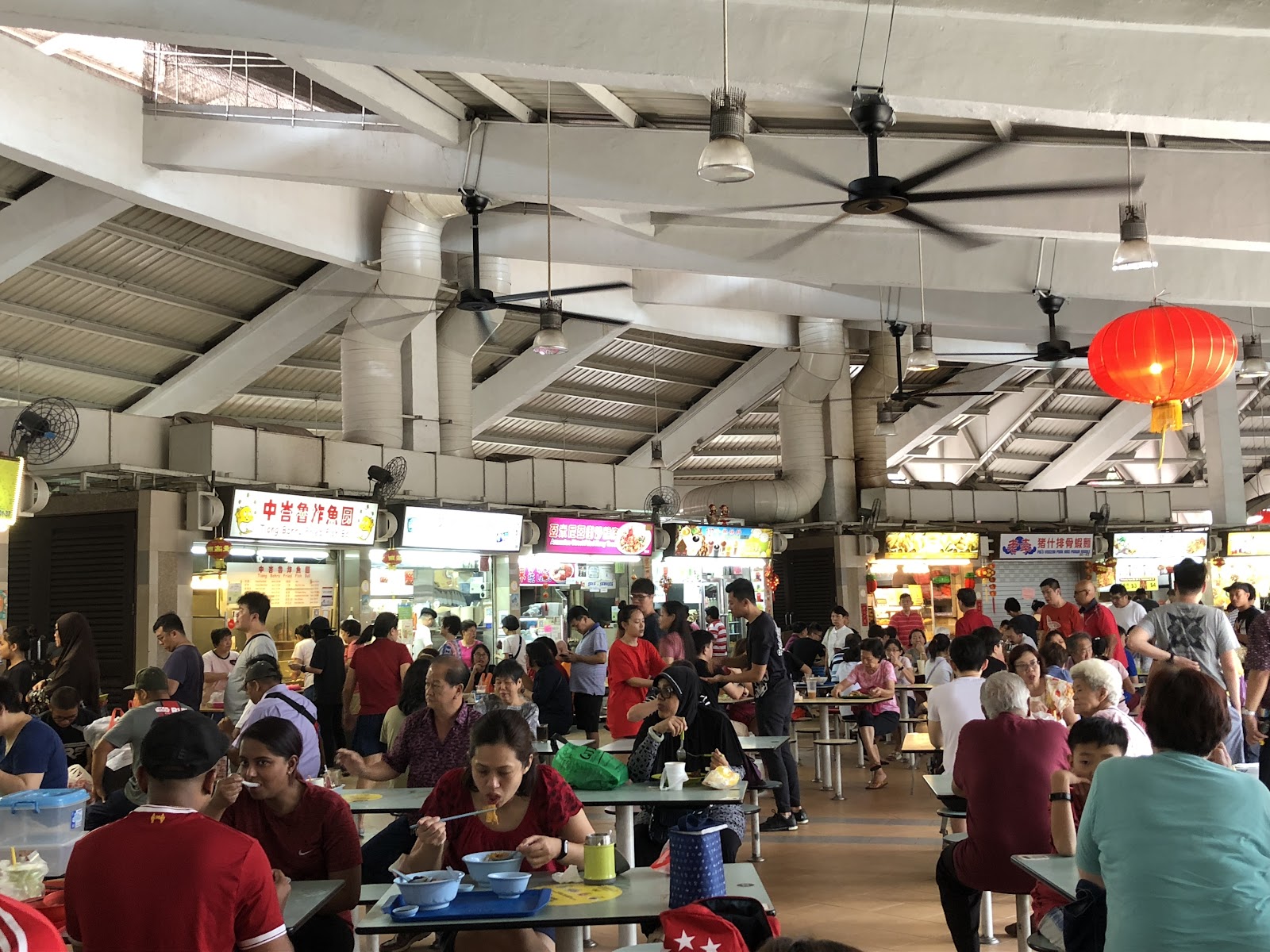 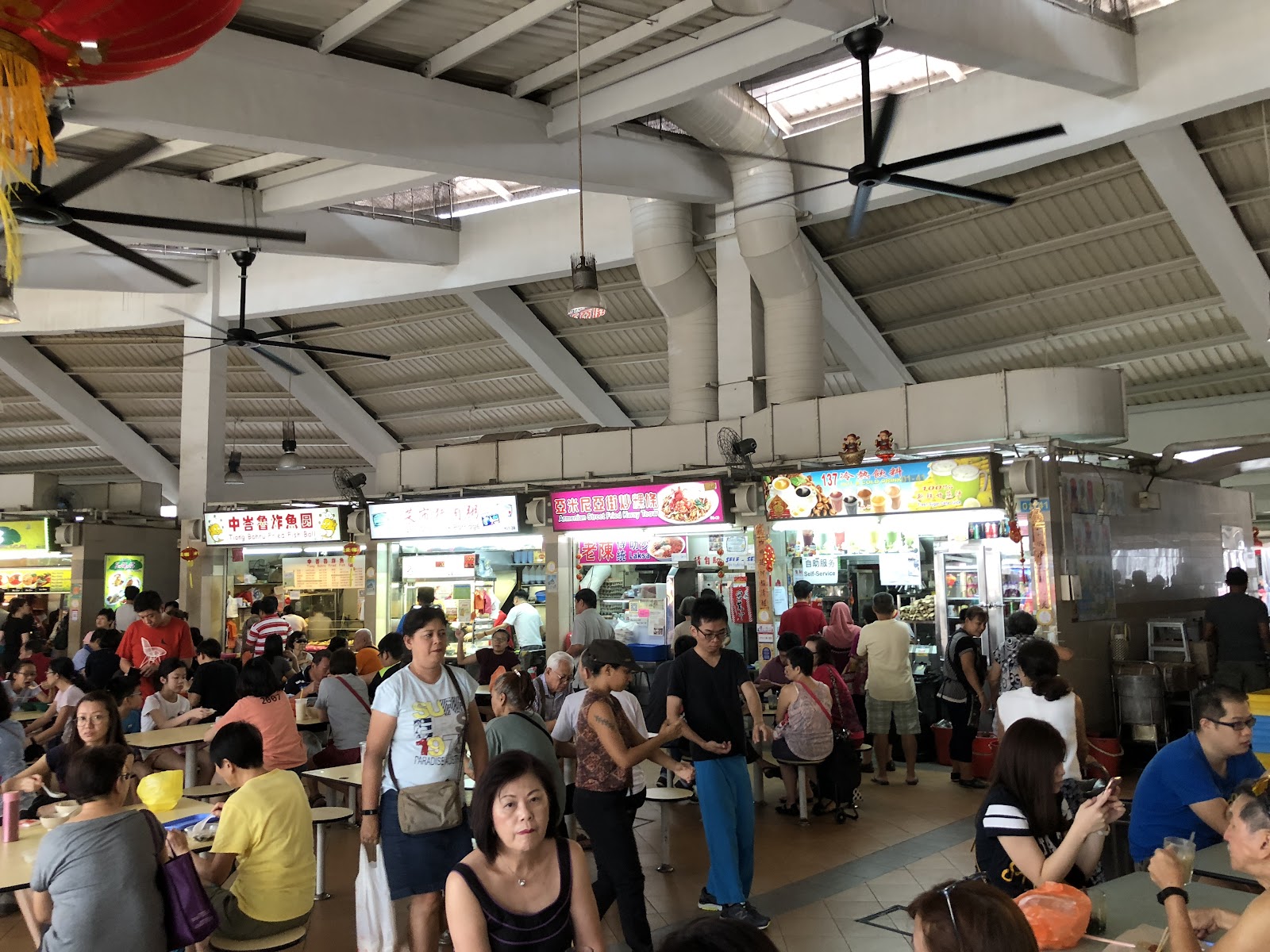 They may be rather difficult to spot now, will it be the same case as when they have their costumes on?

After the first round, some of the performers voiced out that they were still uncertain of the cues, when to start moving to their next location and how much time they had for each part of the performance. It was possible that the rowdy atmosphere couple with being nervous as well as the new setting contributed to the confusion. Nevertheless, Haizad clarified their doubts and instructed them to try it again. It is important to perform daunting tasks in order to overcome or at least get used to them. 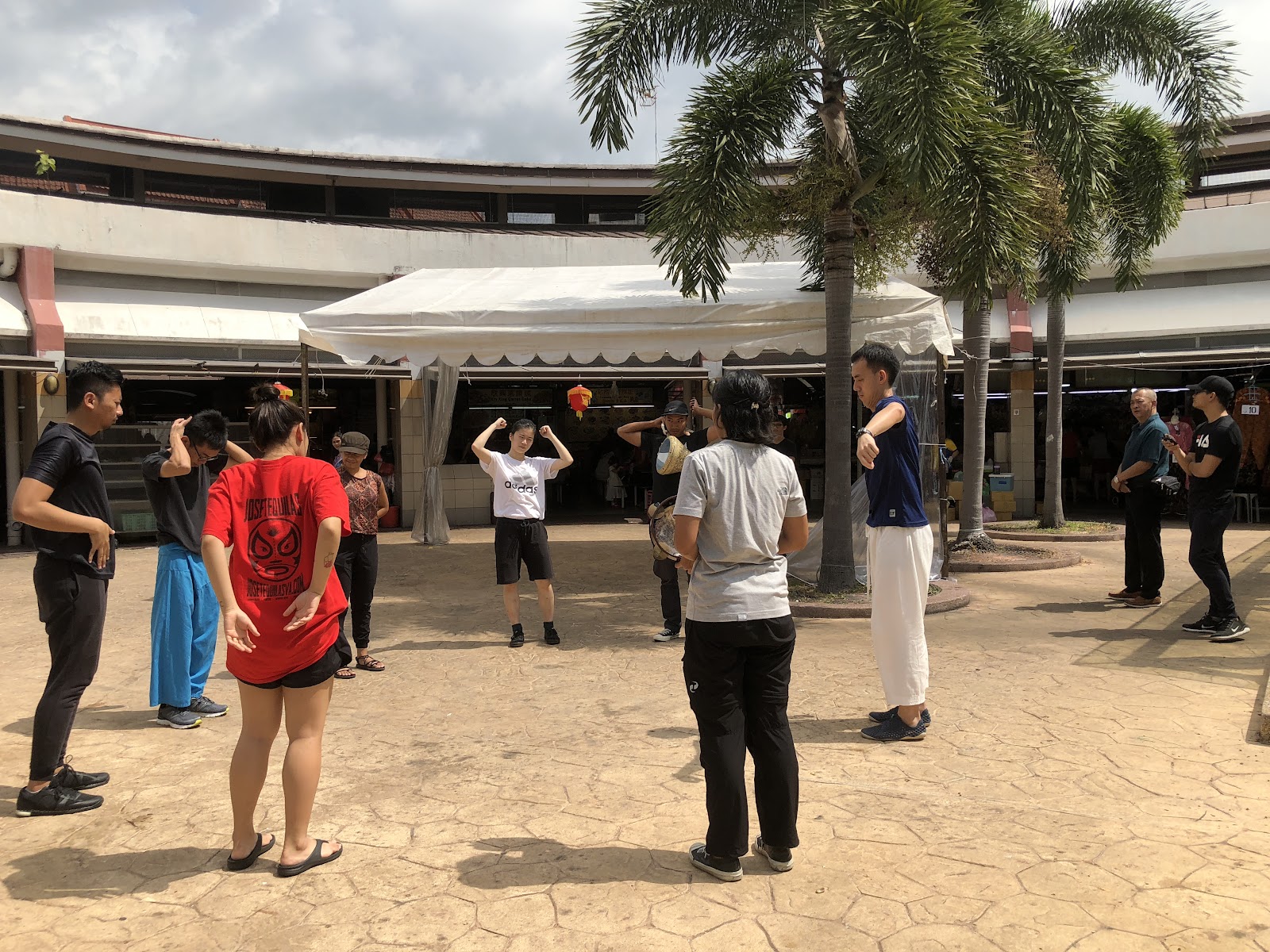 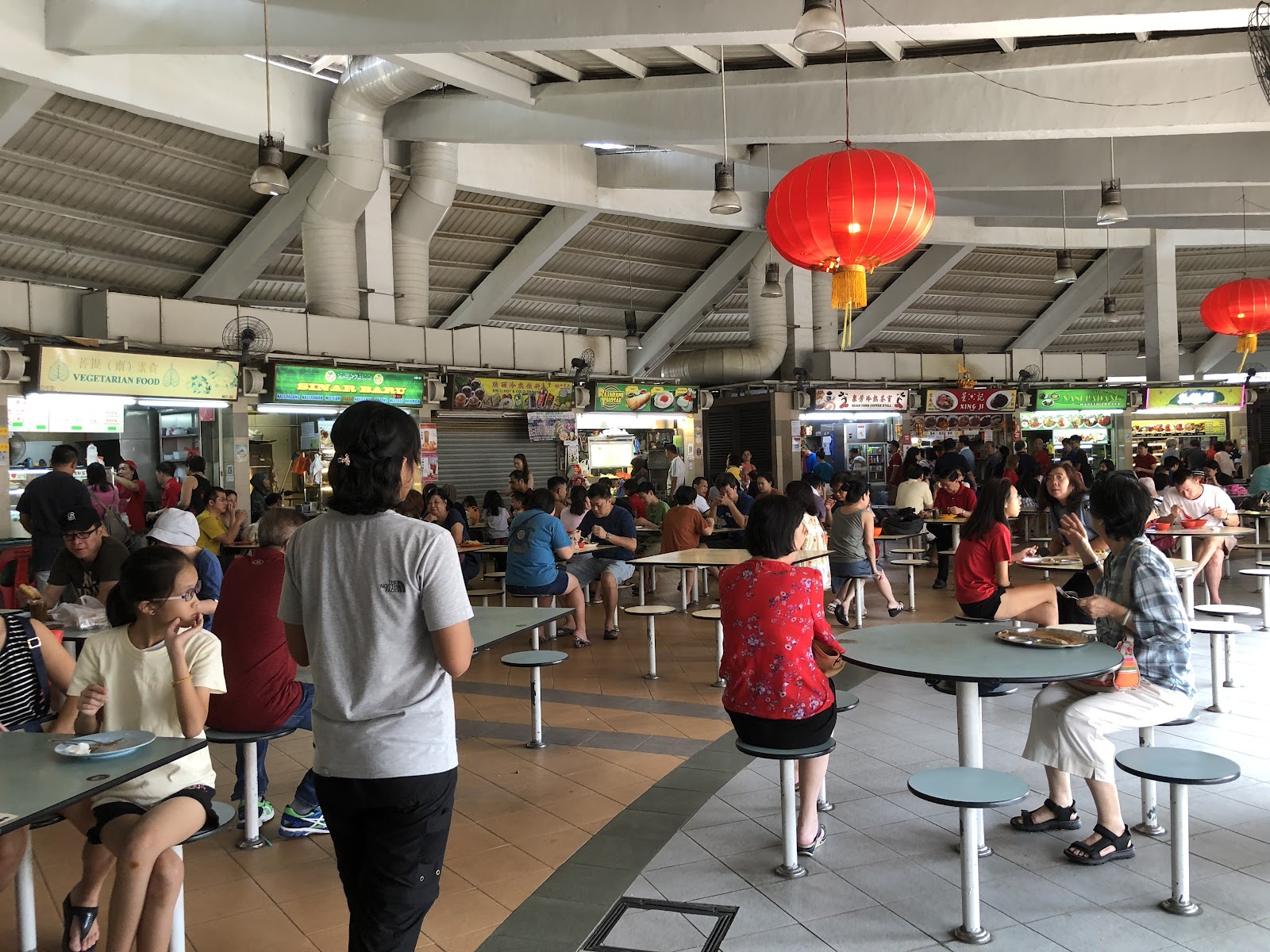 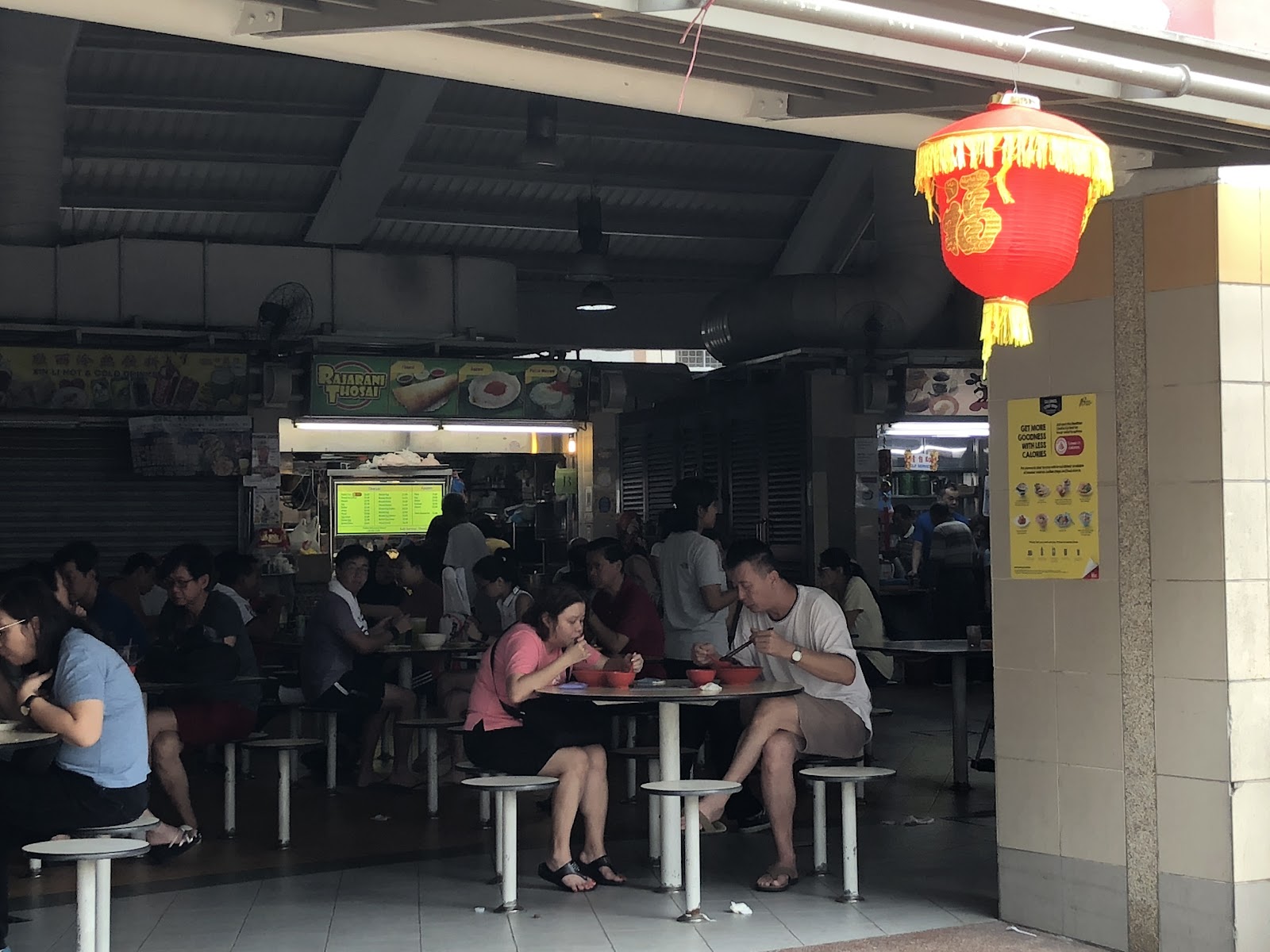 How does one overcome uncertainty, fear, doubt and uncomfortability?

As the second round was taking place:

This supposed test run or practice was already a performance.

Was the performance a disruption to the activities of the residents and operations of the stall operators?

Was it more awkward for the performers or residents? 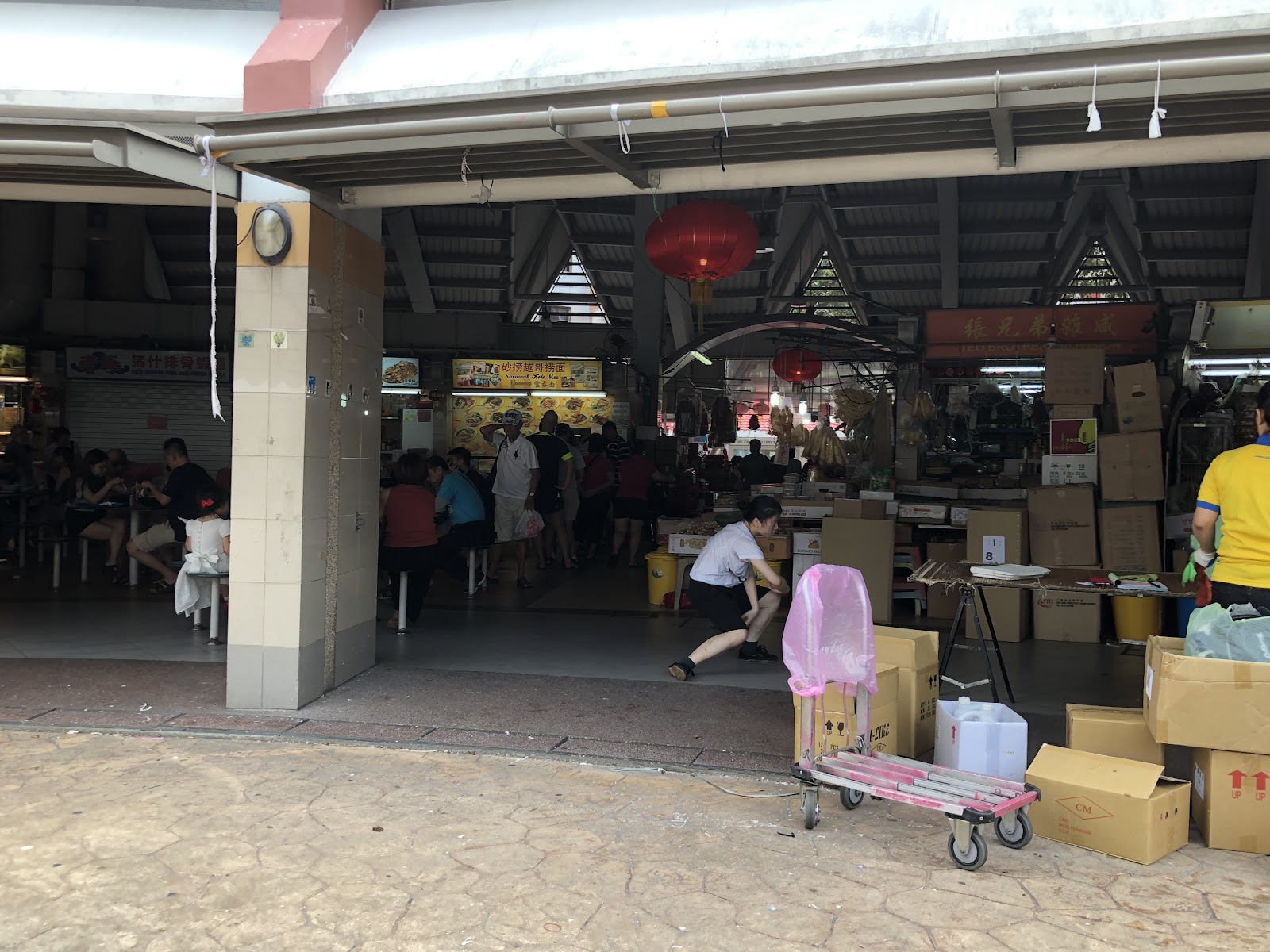 Afterwards, everyone gathered at the tentage for the final debrief + sharing of observations & experiences:

Labourers: They got scolded for walking to slowly. Someone asked, “Prayer ah?” to which they responded “No no we doing performance.”

Demographics: Stall owner/operator kept “rearranging” the clothes where the dancers were

1 middle-aged lady kept laughing at what they were doing

Those who are closer will “mind their own business”

The performers should know where to look at and know when to look.

They should also be more confident and minimise looking or taking cues from each other excessively.

Some of the audience were constantly shifting their heads as the whole place was the performance area.

Haizad reiterated that he really likes the idea of using banana leaves.

Some passers-by were glancing at us as we sat in a circle under the tentage.

Final debrief for the rehearsal.

The final activity was for everyone to walk as a group to the other end (while heading to the car) and bask in the atmosphere and energy of the place at the time as it was the timing of the performances on 16 and 17 March. 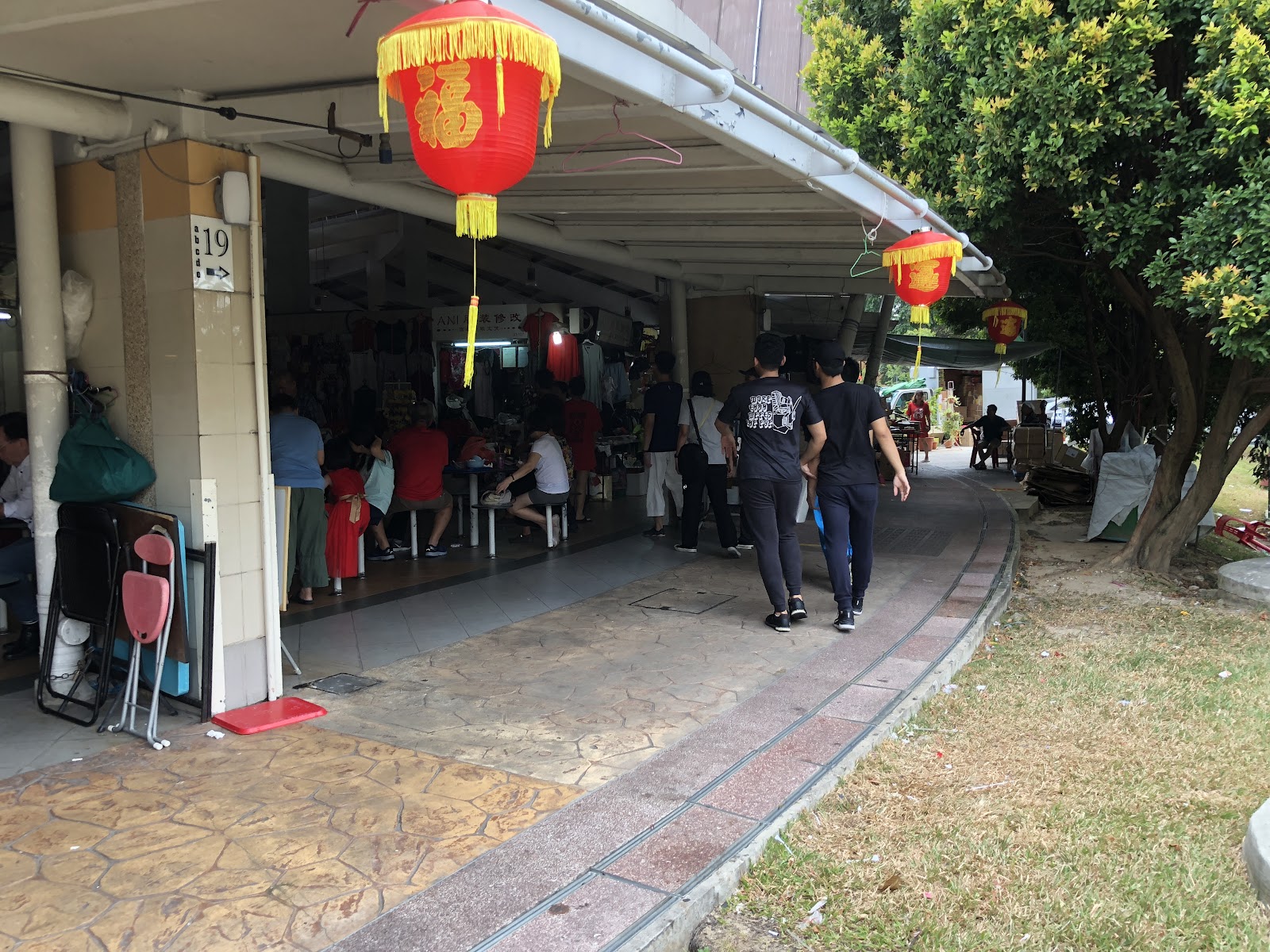 Just before everyone collected their bags from the car and moved off, Hasyimah voiced out that everyone should approach District 18 and its processes with an open mind and to be open to experiences, as there was an air of tension and uncertainty towards the end of rehearsal. In addition, everyone is free to voice out any opinions and thoughts about District 18, which is also a good platform for feedback and to find out how the performers feel about the process.

As the second round was taking place, I could not help but notice that the instruments and music used are usually associated with the Malay community in Singapore, and the performance is taking place in a predominantly Chinese community/setting. Furthermore, at the end of the segment practiced during this rehearsal, the performers (dancers and musicians) will stand in a line almost directly in front of the only two Malay-Muslim stalls in TRMFC. 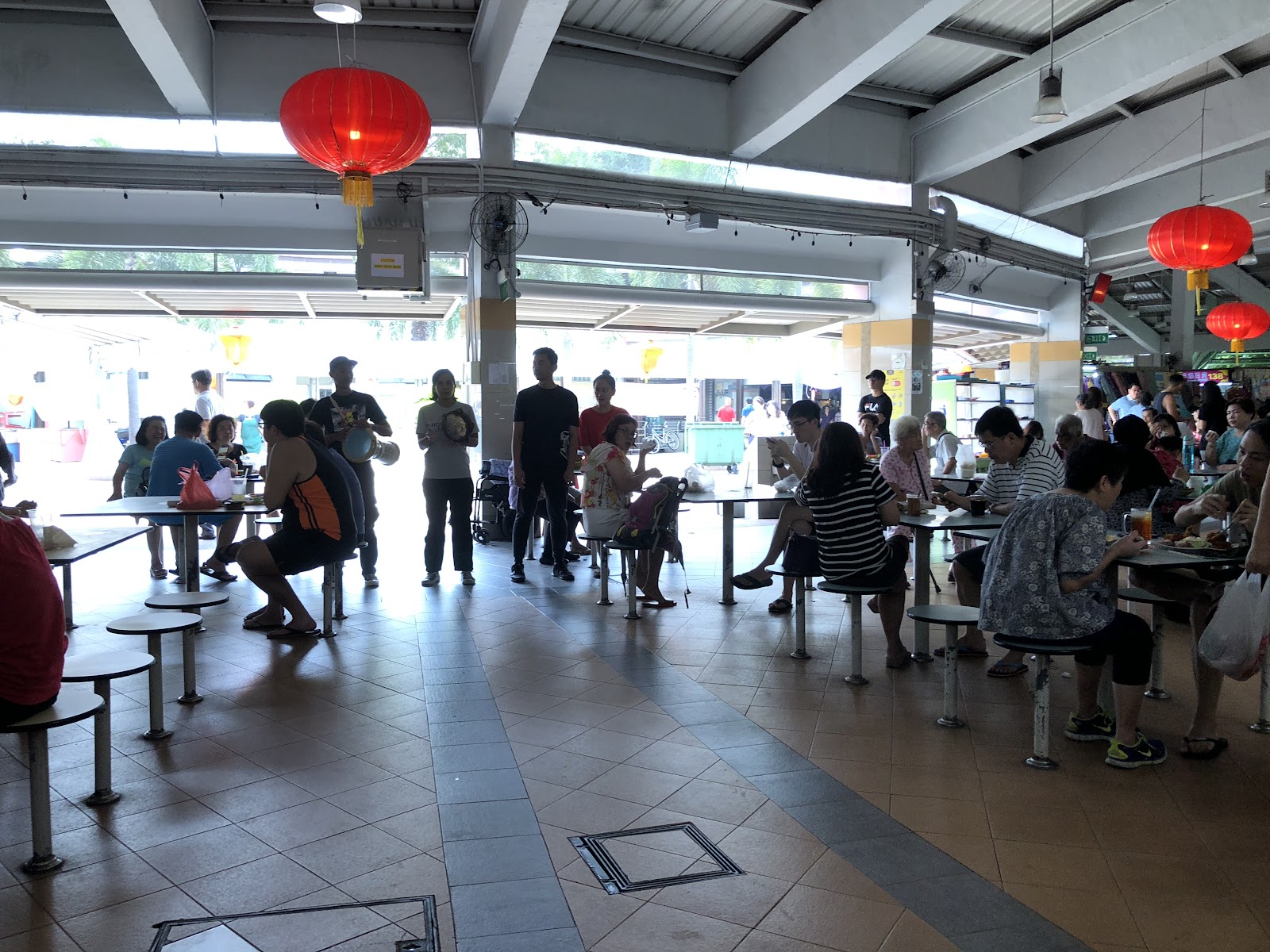 An interesting visual. The two Malay-Muslim stalls are to the right of the photo.

A few thoughts about this:

Was this a deliberate creative choice or was it pure coincidence?

The performers and production team come from different races, yet everyone is performing to the same music.

Would the audience perceive it as a statement?

Possibly working together with the two stalls to bring attention towards them?

Could this performance be considered a social commentary on the dynamics of the multiracial society in Singapore?

Does the fact that I am even mentioning this mean something?