This rehearsal was Youths X Elderly 1, where youths will interact and engage with the elderly and residents at TRMFC as well as contributing to the District 18 by sharing their own insights and observations. It is also a platform for P7:1SMA to share our processes with them as the youths come from Artistari Gentari (ATG) from ITE College West.

Haizad first met Desmond, Chloe and Sonia to discuss about the performance and what else they can add to improve it. Previously, he mentioned that he would like to add in a trolley to be used during the last segment, for the dancers to interact with. He now decided that he wanted all 9 dancers to have their own trolleys, each having fairy lights. 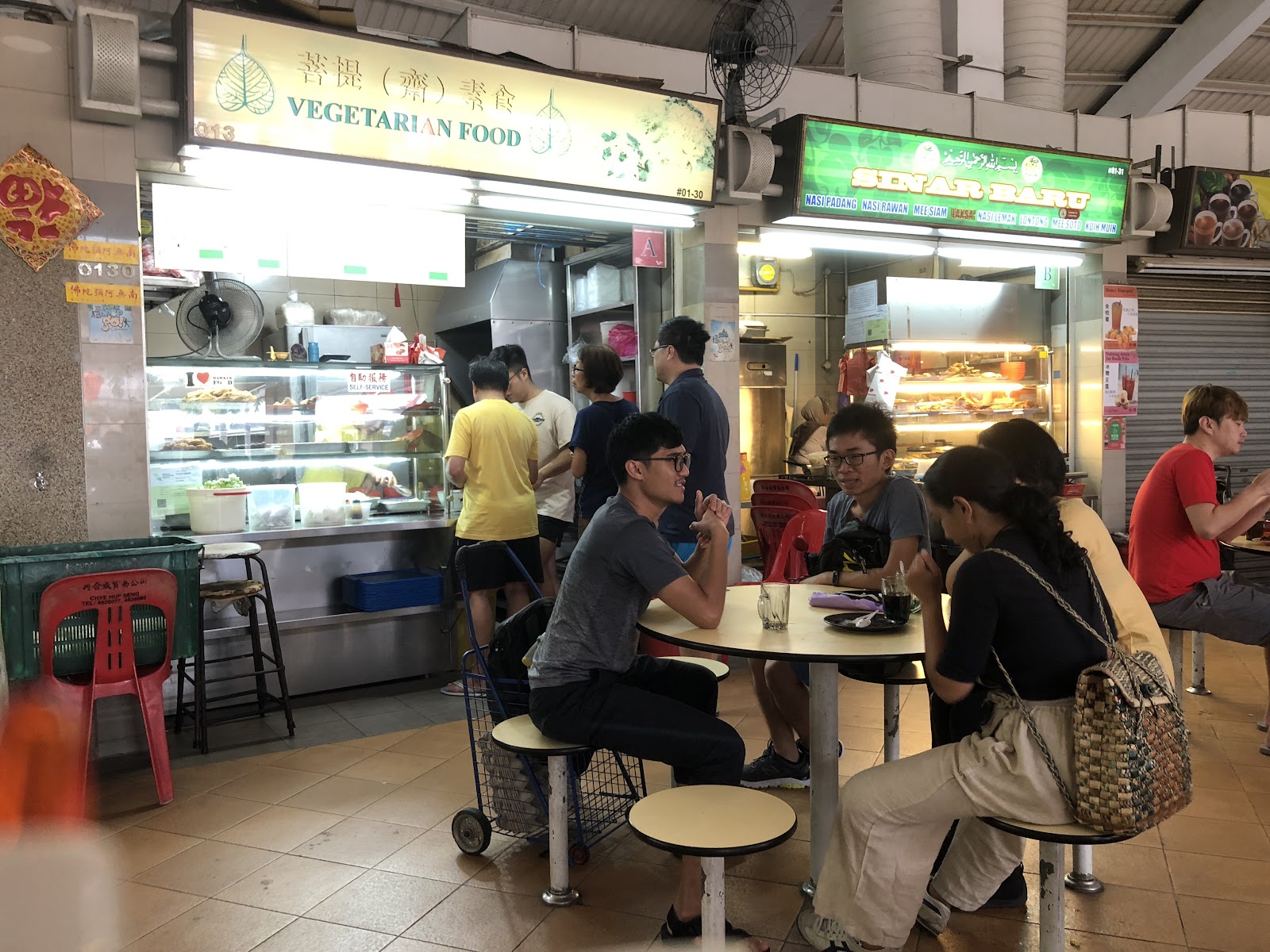 Discussion on what to be added into the performance.

He stated that there will now be a “happy” segment in the middle of what has been developed so far. They then discussed what song/s can be used during the segment, and some old Hokkien songs, such as Ji Ba Ban, were suggested. The discussion then went into having a TOTO segment, where the winners will be from random table numbers. The “announcer” would mimic how the numbers are traditionally revealed over the radio. This could be a reflection of the hobbies of the elderly, how they will eagerly wait for the TOTO number to be announced, and it would tie in nicely with the song.

At the same time, Hasyimah, Hariz and Shangbin each paired up with one of three girls (Dewi, Adlina and Sahirah) to walk around TRMFC to collate visuals and take photos of the sights. They went around talking to some of the stall owners and those at the weekly flea market. As they walked around, they also kept a lookout for materials that can be used and pasted on the dancers’ costumes. The flea market was not conducted during the previous weekend rehearsals as it was Chinese New Year, so the Social Mixing happened at the right time as it was a good opportunity for exchange between the generations. 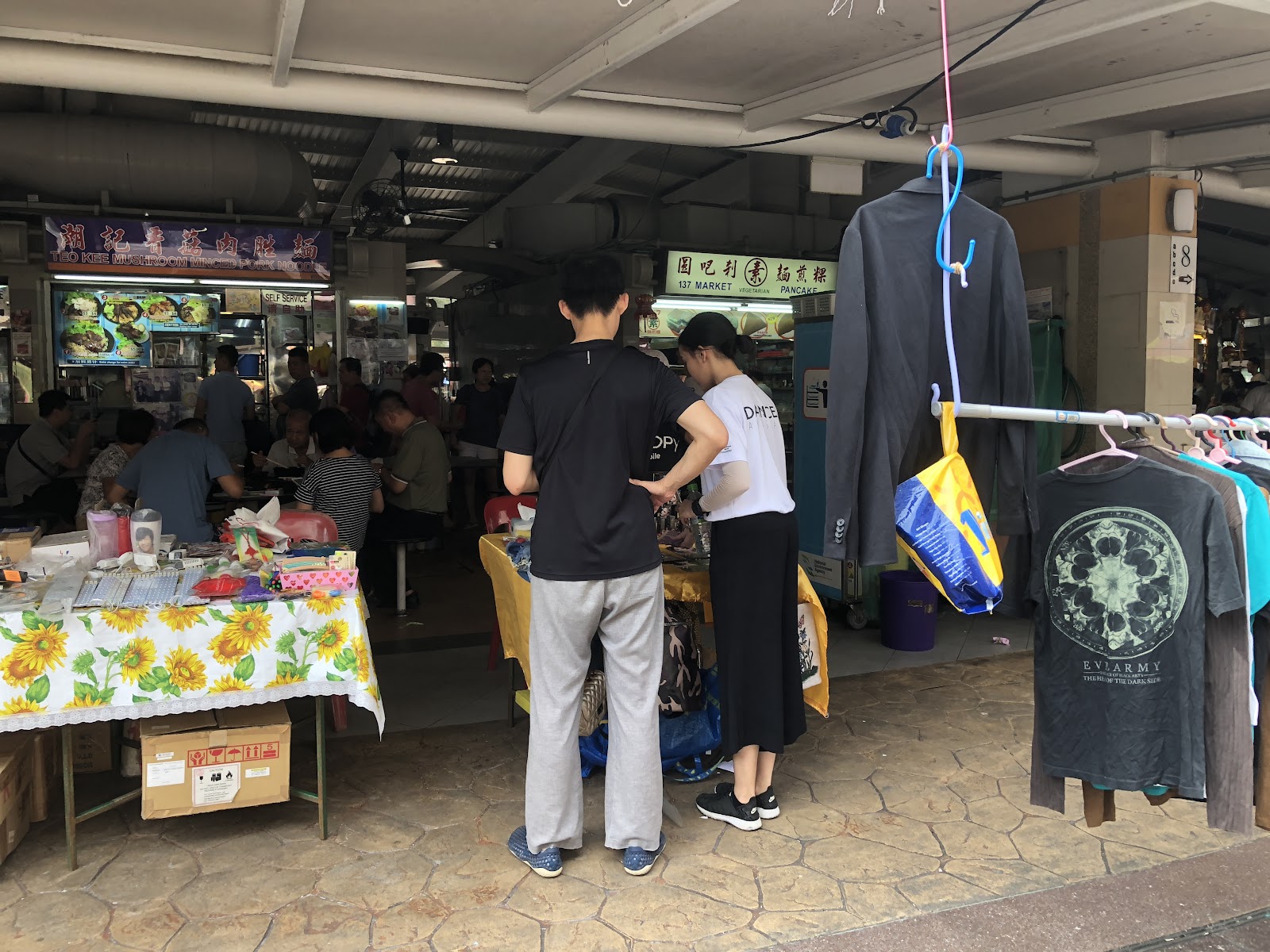 Shangbin and one of the youths going around the flea market. 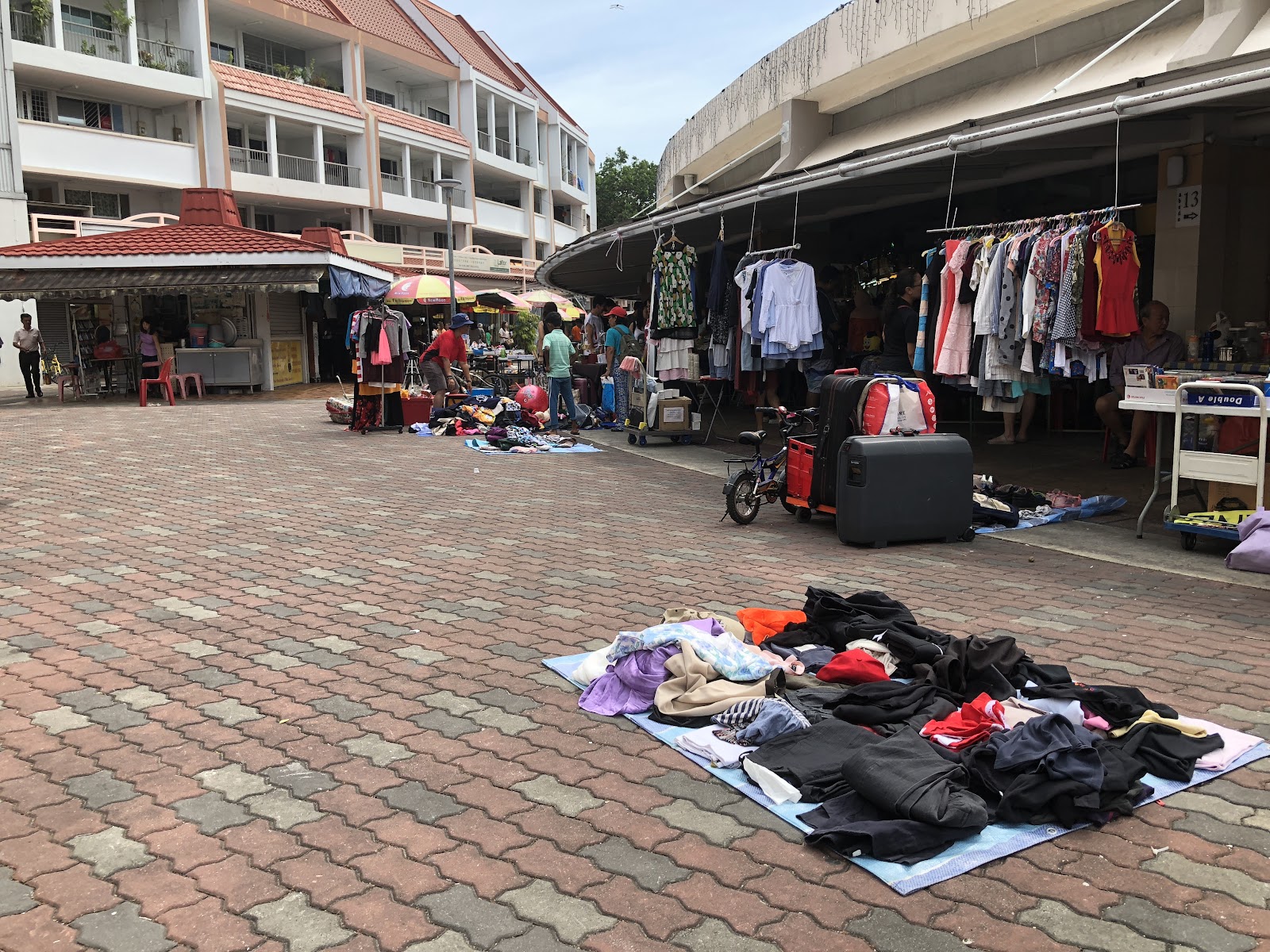 One of the flea market stall owners shared that it happens “Setiap minggu (every week),” just that it didn’t take place previously due to Chinese New Year.

After some time, the two groups came together to sit in a circle somewhere near KFC to share what they have been doing that day, what they observed and their thoughts. 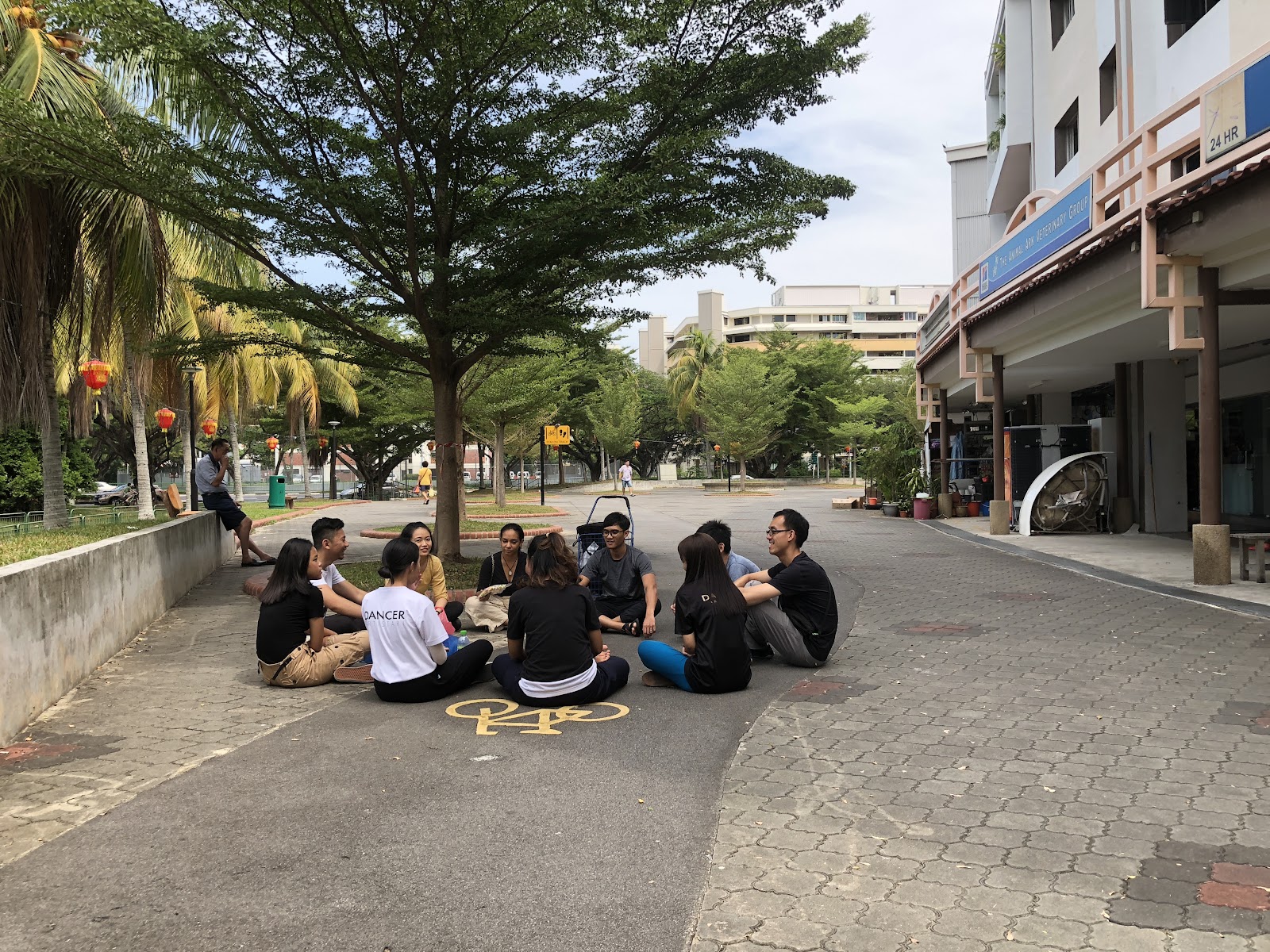 Casually sitting in a circle in the open.

After the introductions, the Social Mixing group shared what they have seen and purchased, along with the significance and what lead them to acquiring those items: 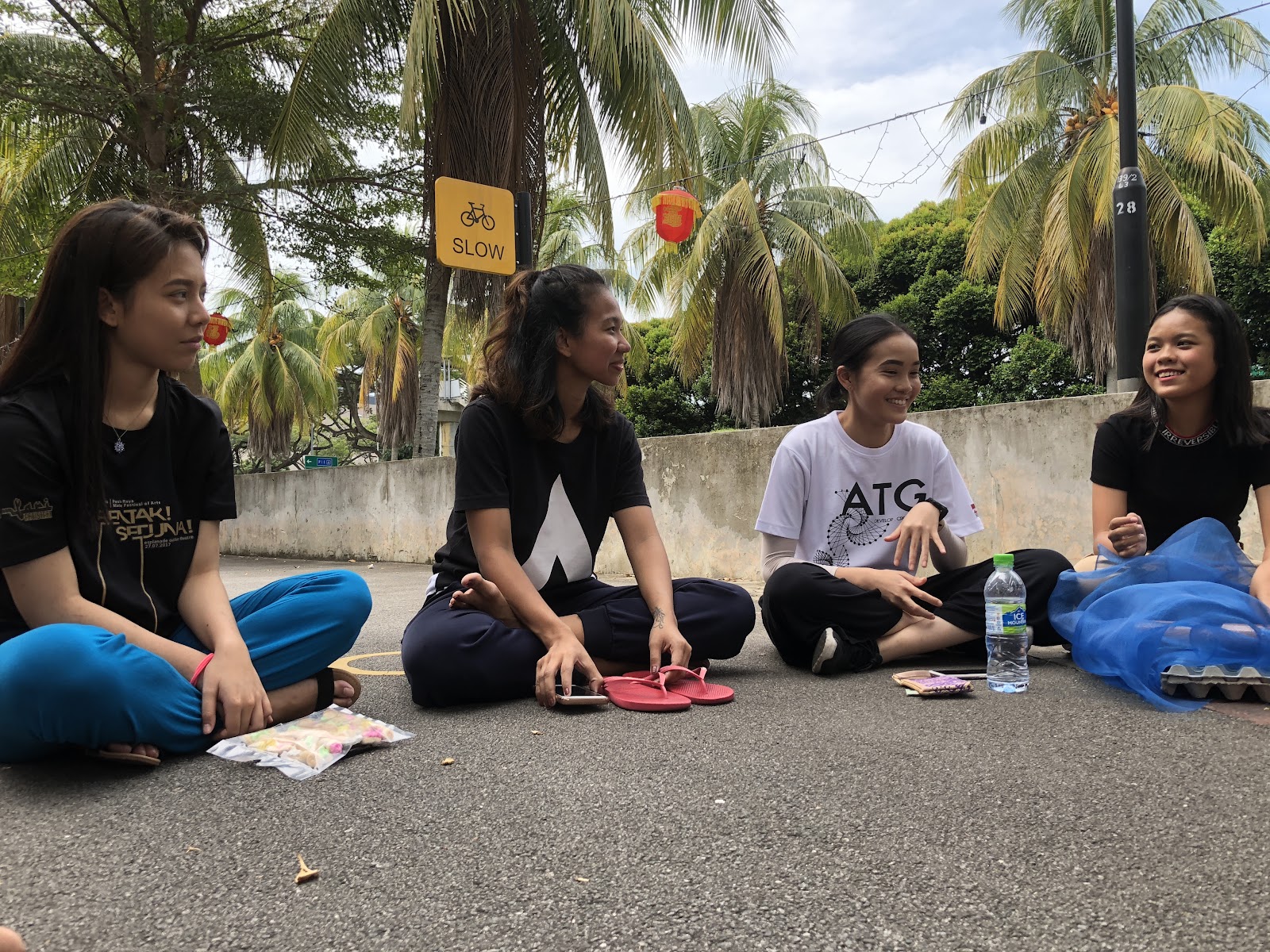 The Social Mixing group doing “show & tell” with their loots.

With that, Haizad shared with everyone the updates on the development of the performance:

Costumes would be hanged on a clothesline in the middle of TRMFC at the start of the performance.

The recordings can also include purchases as prizes from the related stalls, as a way to give back to them.

There was also a discussion on whether it would be possible for the youths from ITE College West (Artistari Gentari) dancers that came down for the Social Mixing to be part of the District 18 performance. It was consideration that needs to be explored. 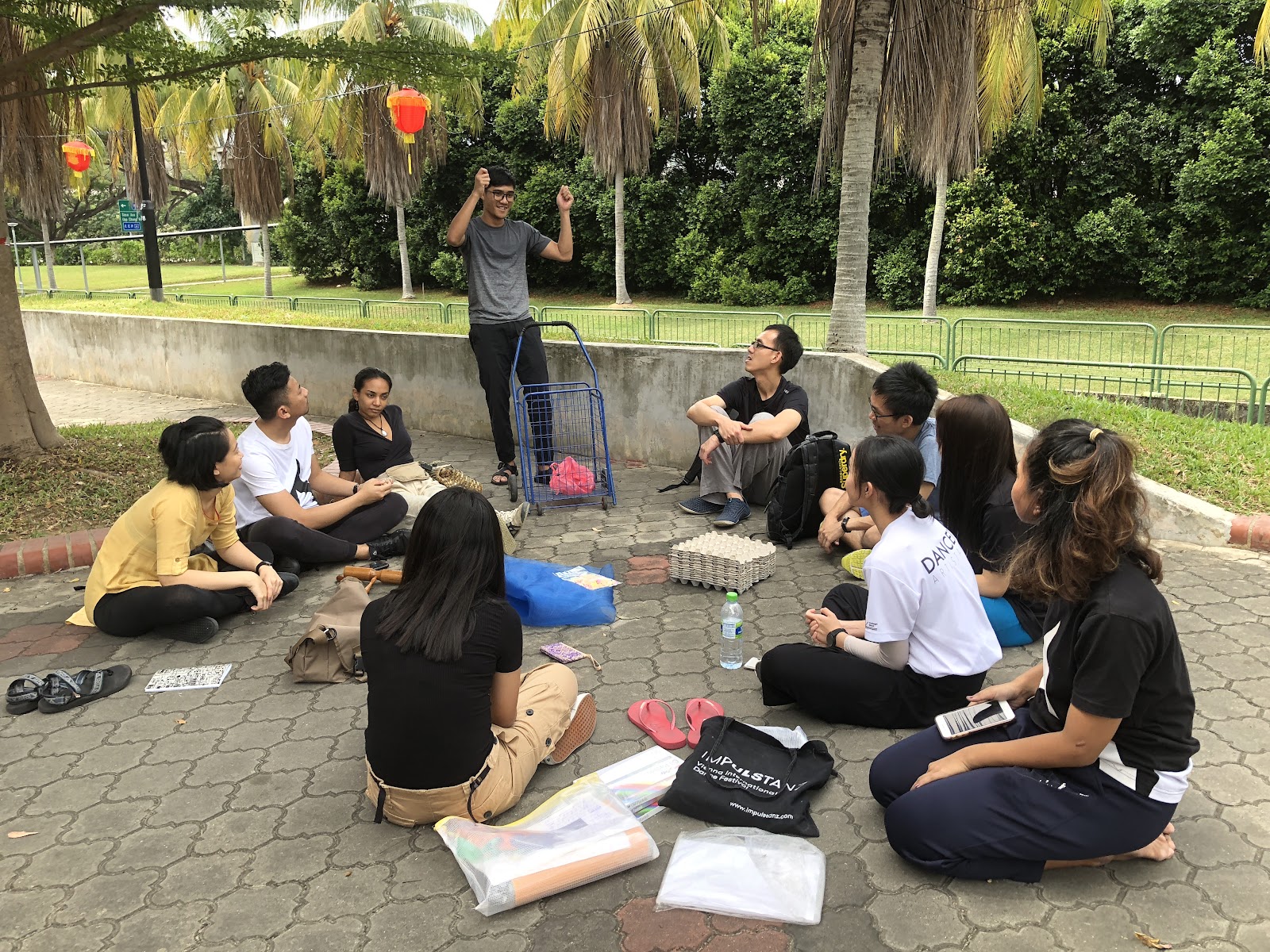 At some point during the time everyone was seated in the circle, 3 people (possibly residents there) approached us: An elderly Chinese man talked to us asking, “Are you guys dancing?” to which Hasyimah excitedly shared the performance dates and asked him to invite his friends to come watch

A middle aged Indian man asked, “Is there something happening here?” and after explaining to him, he shared that he was interested to watch and would like to see the performance.

These exchanges further emphasise the importance of being in the performance site to create and raise awareness about the work as well as gradually increasing presence. It is also a way to gain the interest of the residents there while we practice and discuss openly. 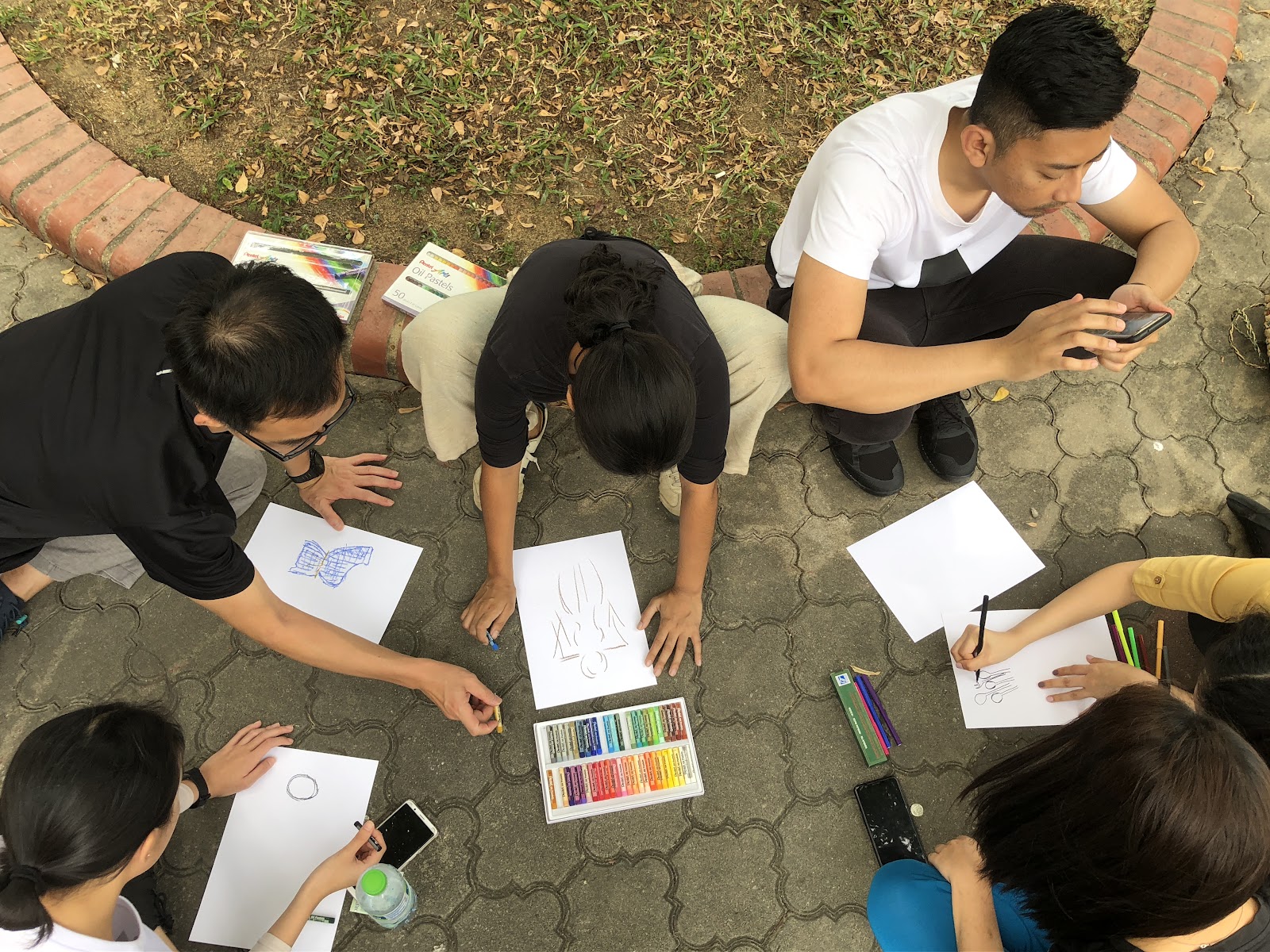 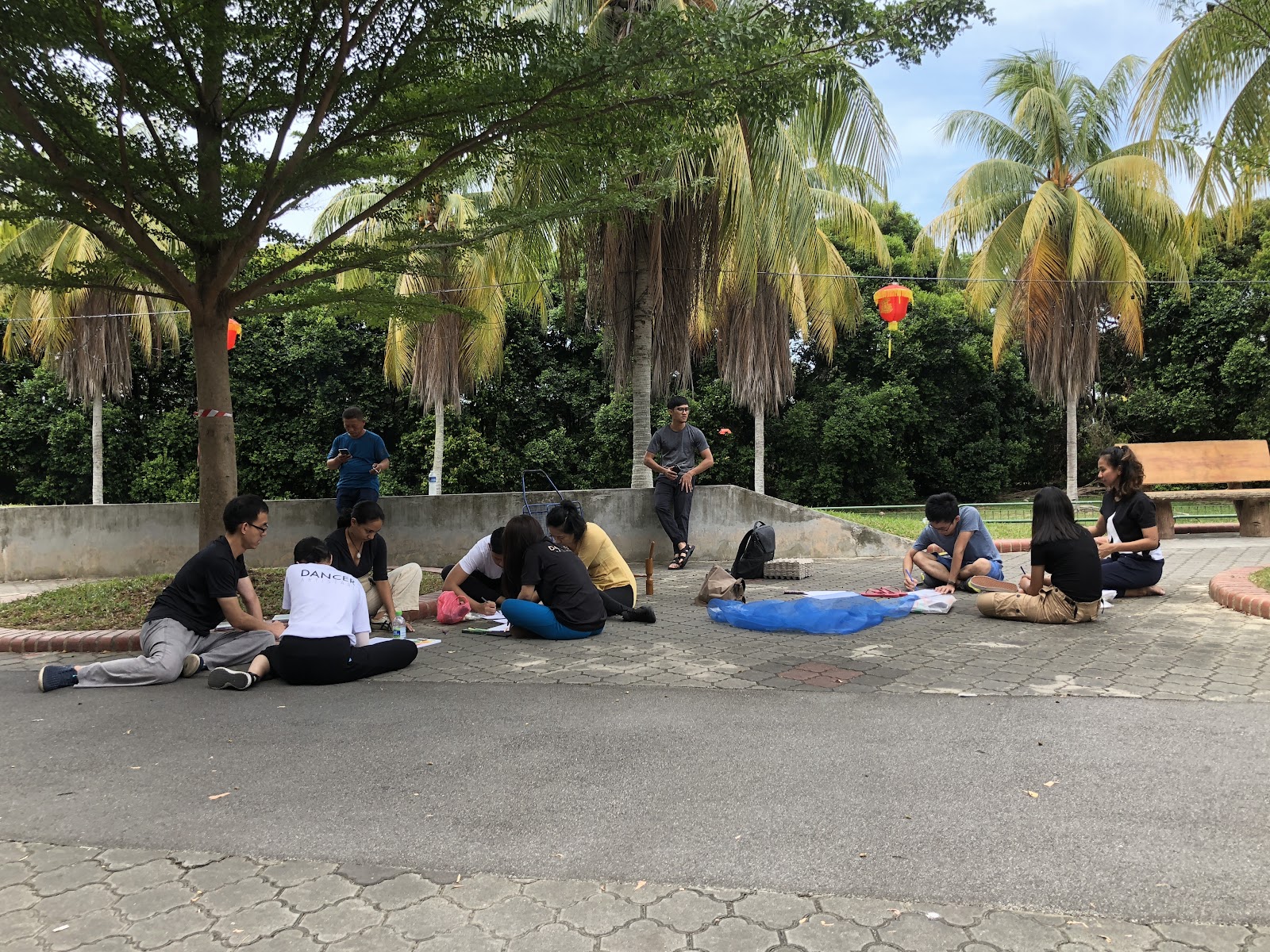 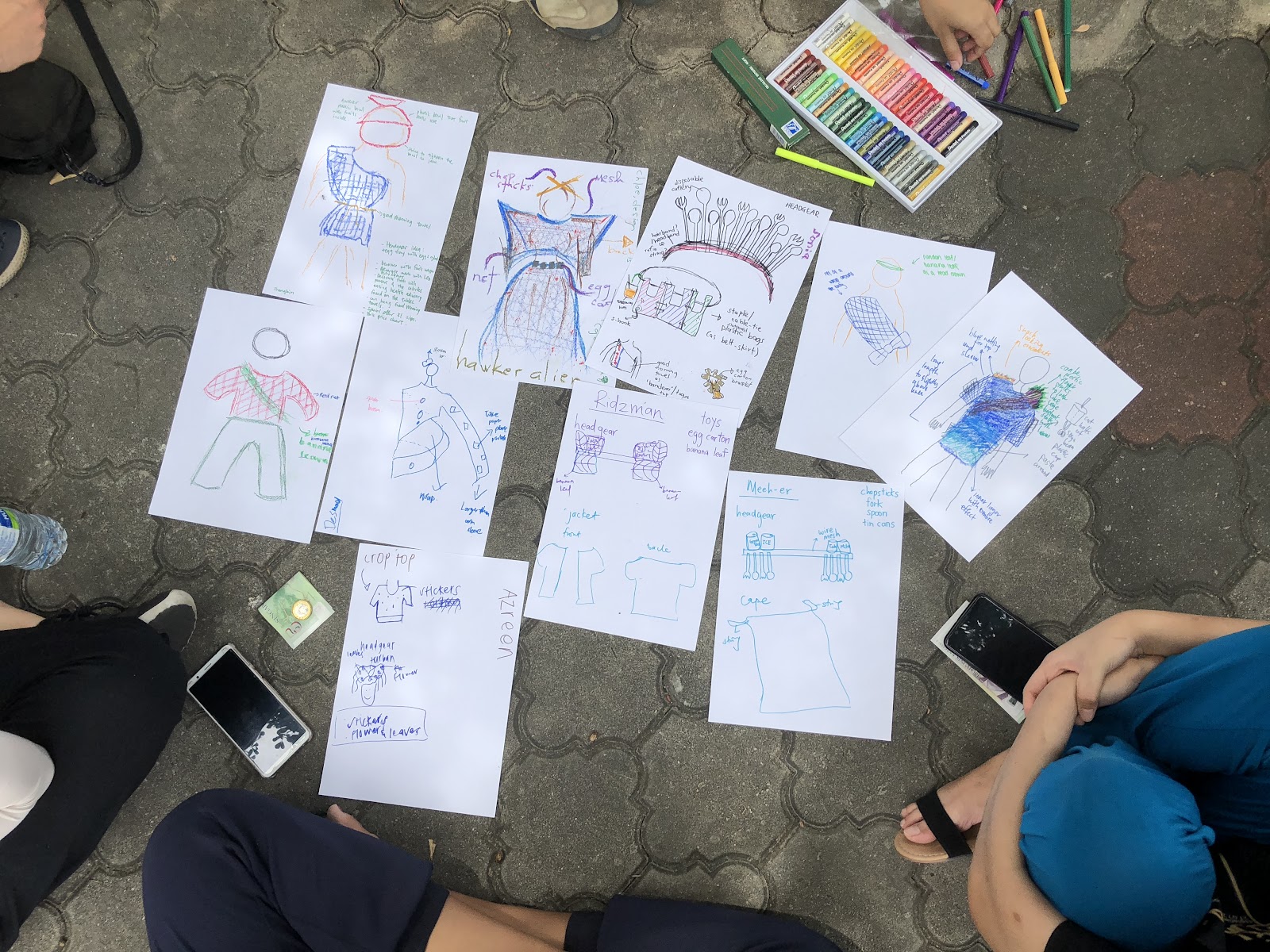 What the audience can expect to see moving around during the performances.