Once everyone arrived, the equipment and props were set up. Final touches were also added onto the costumes. As mentioned during the previous day’s debrief, Haizad shared his notes before the dancers standby for the second show. 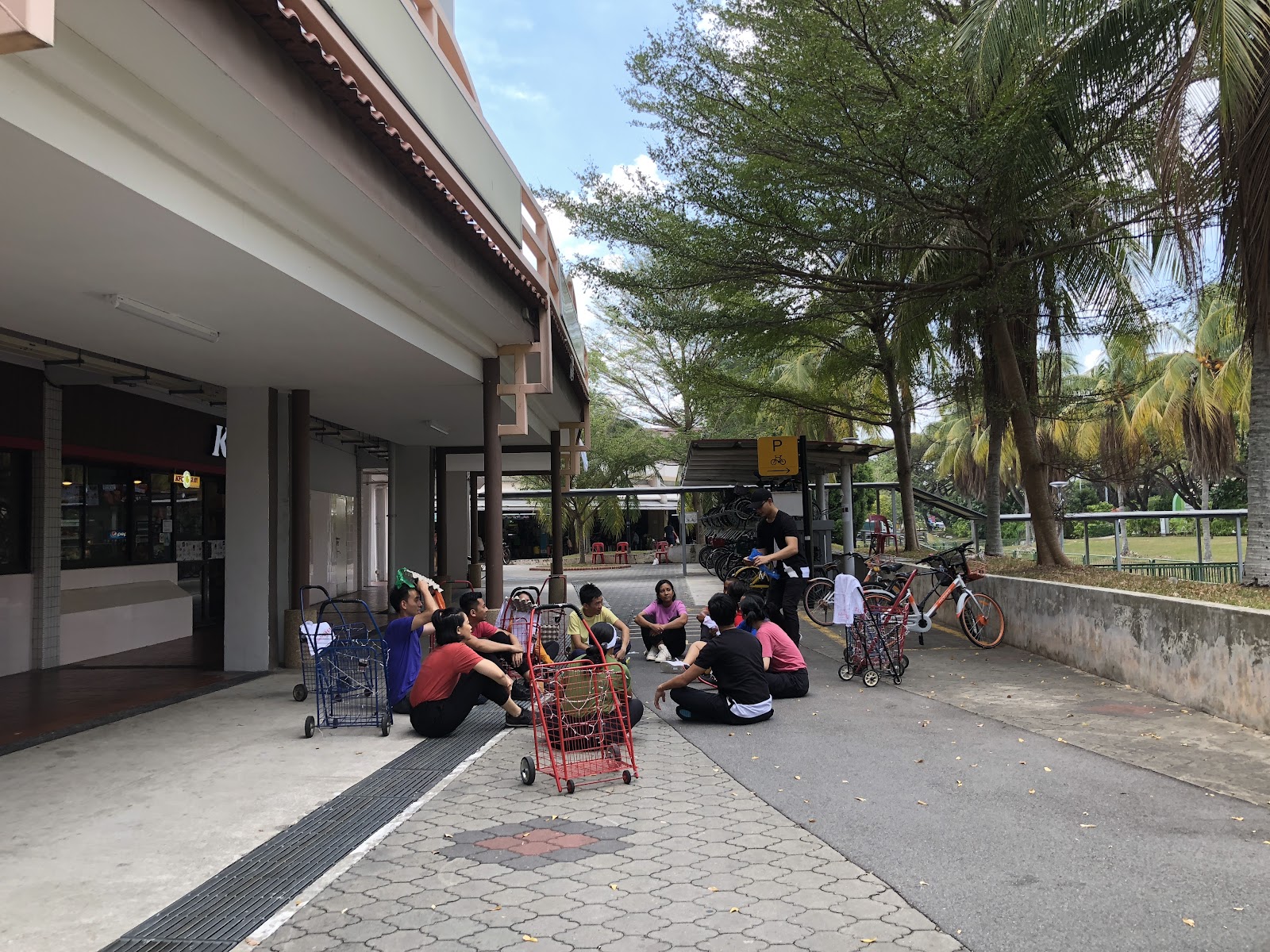 Giving notes in an open yet secluded corner.

The drumroll during Ji Ba Ban transits to a sign language applause.

The singing during Ji Ba Ban can be louder.

Some notes about the trolleys on their heads and heads through the trolley handles.

The dancers need to spread out more across the center space and hawker center.

Clarified some details in the movement/choreography as well as the cues.

Assurance and that the audience not really aware of the site-specific performance.

He would be rushing off together with Hasyimah after the performance, so the dancers were to leave the trolleys in the middle for about 5 minutes before packing up and consuming their lunch.

After which, Daryl re-emphasised the safety of the audience as well as of themselves. He went through some of the other timings and cues as well as the clapping and singing during Ji Ba Ban. After which, the dancers warmed themselves up and proceeded to standby for the second show.

The stage was set for the show.

Observations and notes from the show:

After the performance, the dancers gathered near the sound console and some audience members came up to talk to them about the performance. Everyone was then dismissed and proceeded to have their lunch from Kayat stall. 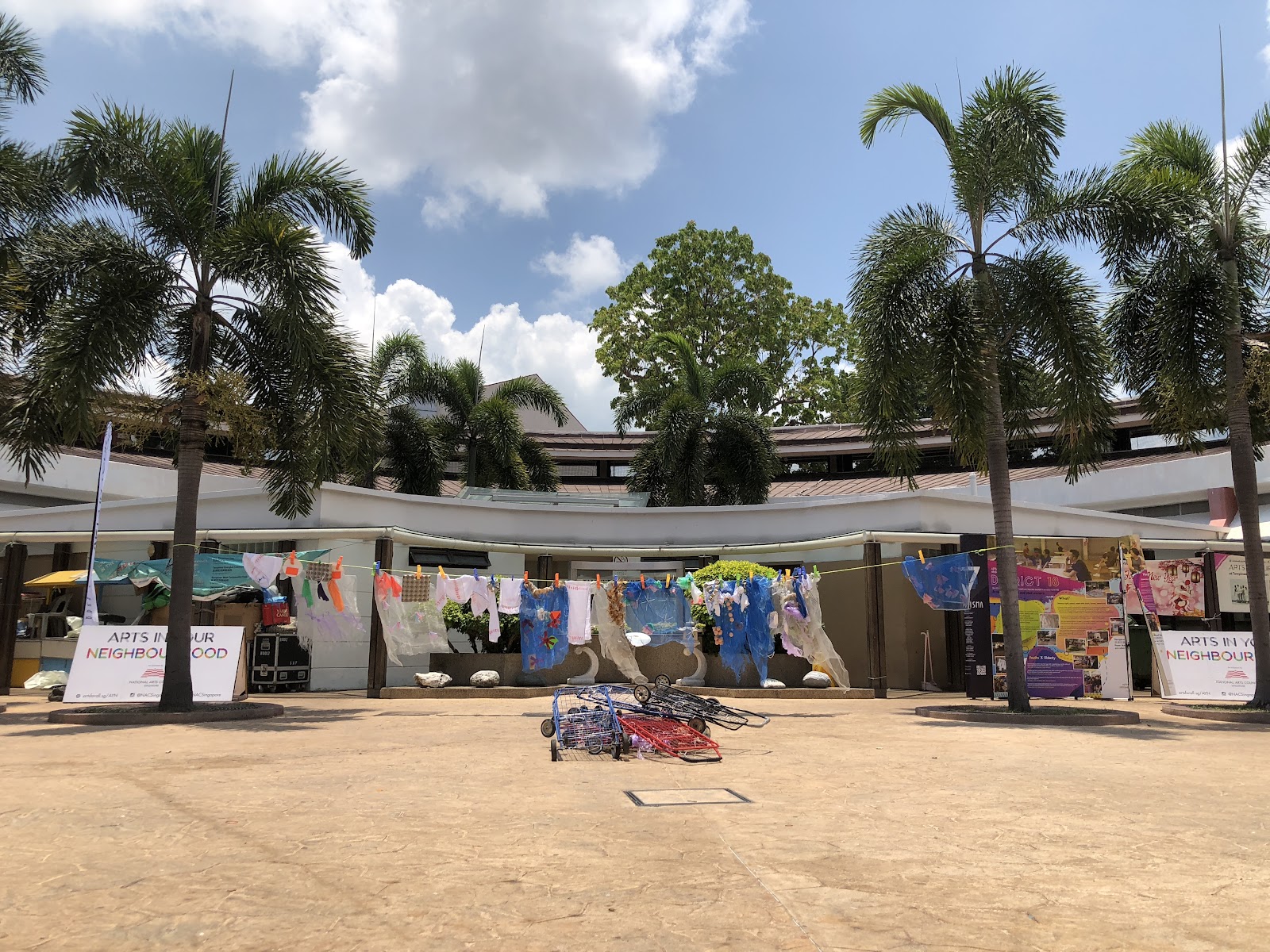 The end of the performance. 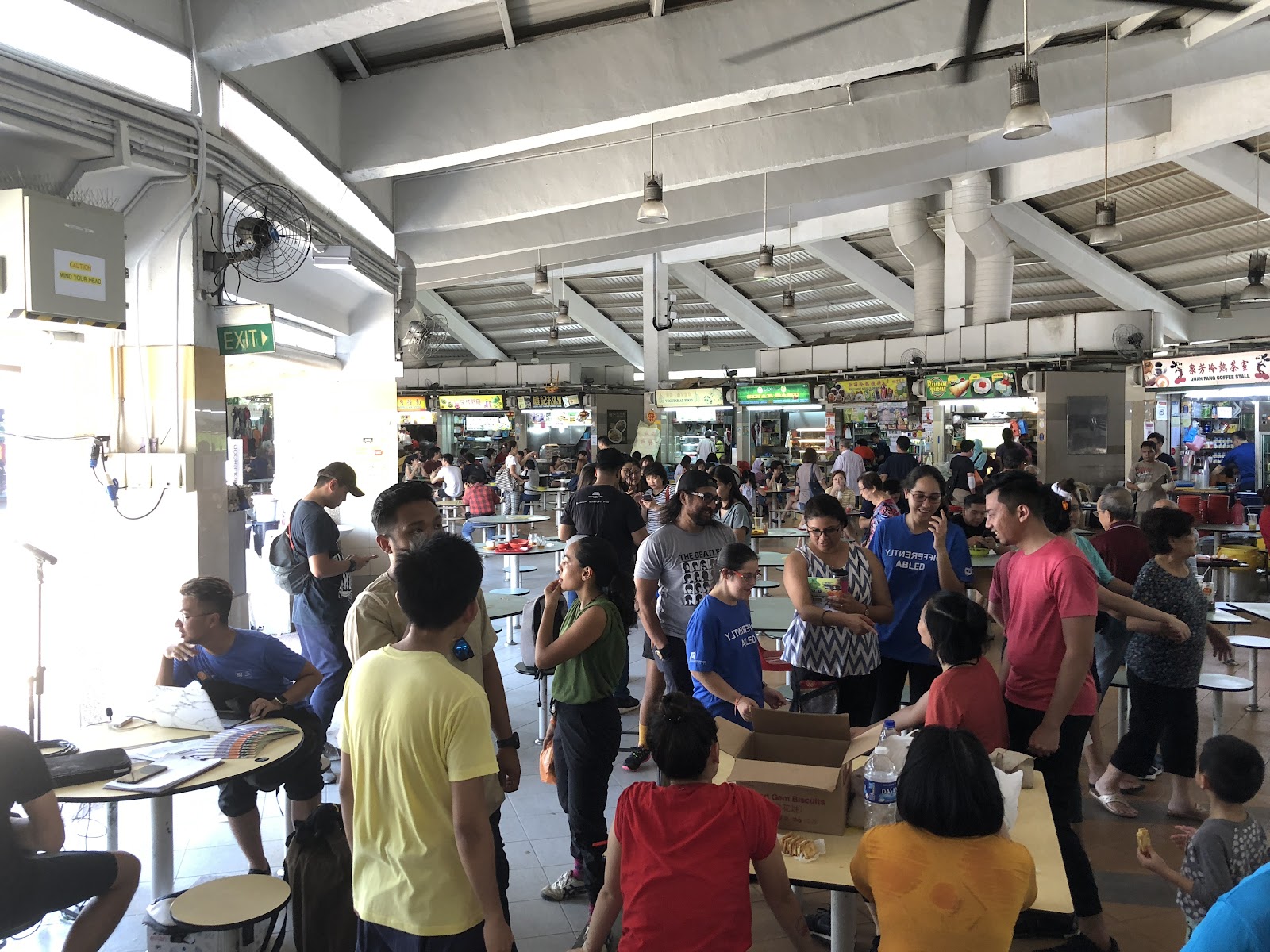 Feedback from the audience before dismissing.